For Lionel Messi, Barcelona is home 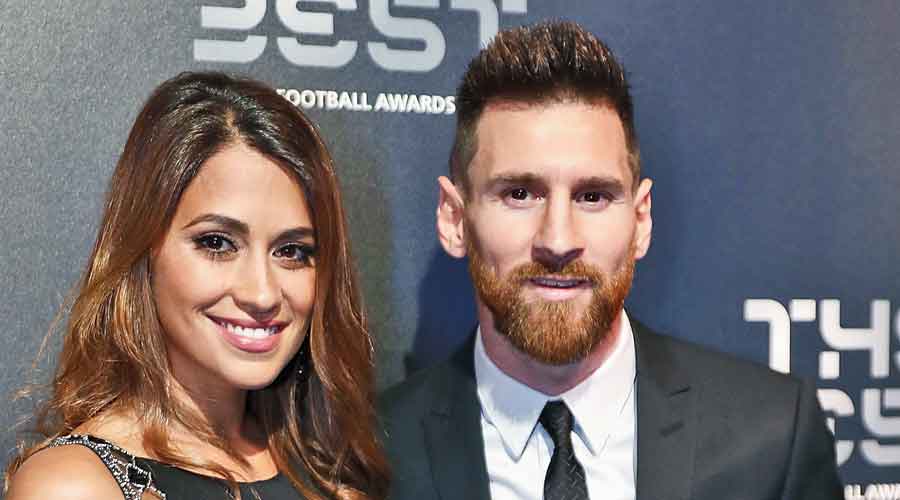 Lionel Messi said he will return to live in Barcelona with his family when his time at Paris Saint-Germain is over and would like to help the La Liga club in the role of a technical director.

Messi ended a two-decade stay at the cash-strapped Spanish club, where he is their record scorer with 672 goals, in the off-season and joined PSG on a free transfer on a two-year deal.

“What is almost confirmed ... is that we are going to live in Barcelona again and that our life will be there,” the 34-year-old Argentine said in an interview with Spanish outlet Sport.

“It’s what my wife wants and what I want. I don’t know when my contract with PSG ends but we’ll go back to Barcelona to live.

“If there is a possibility, I would like to contribute again because it’s the club that I love and I would love for it to continue doing well, to continue growing and to continue being one of the best in the world,” he said.

When negotiating terms of a new five-year deal at Barcelona in the summer, Messi offered to reduce his salary by 50 per cent before it came to light that the club could not give him a new contract.

In October, Barcelona president Joan Laporta said he had hoped Messi would agree to play for free right up until the point that it became apparent the club was unable to afford to keep him.

On Laporta’s comments, Messi said: “Never at any moment did they ask me to play for free. They asked me to reduce my salary by 50 per cent and I did it without any problem.”

“We were willing to help the club more. My desire and that of my family was to stay in Barcelona.

“No one asked me to play for free, and at the same time, the president’s words were inappropriate. It hurt because I don’t think there was any need to say that.

“It’s like taking the ball from you and not accepting the responsibility or taking charge of things. That makes people think and generates doubts that I don’t think I deserve.”