For McEnroe, Federer an ‘updated’ Laver

Since making his debut at the grasscourt grand slam in 1999, the Swiss legend had not missed a single edition before the 2022 tournament 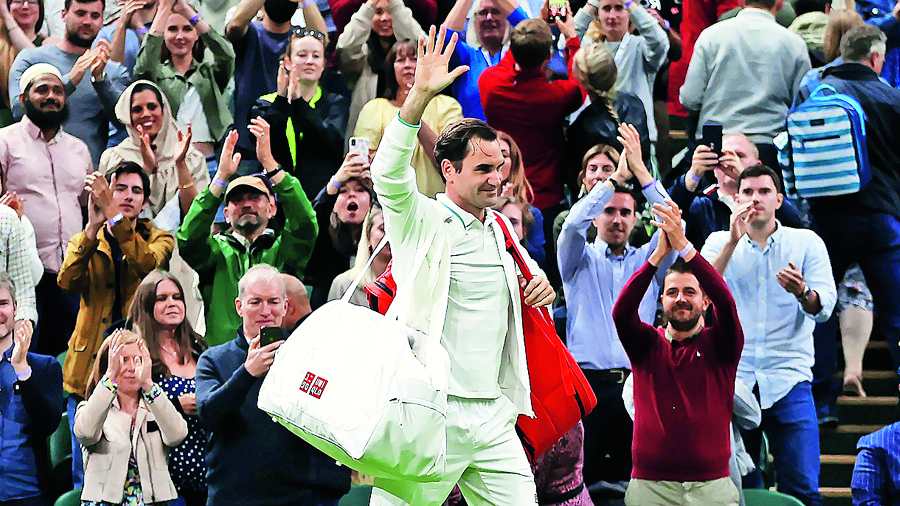 Roger Federer waves to spectators as he walks off the court after winning his fourth-round match at last year’s Wimbledon.
Getty Images
Reuters   |   London   |   Published 24.06.22, 02:00 AM

Wimbledon is set to kick off without Roger Federer for the first time in over two decades next week and with the clock ticking down on the Swiss maestro’s career John McEnroe said he was grateful for being able to watch him play the sport for so long.

Federer, who turns 41 in August, has undergone three knee operations in the last two years and has not played a competitive match since his quarter-final defeat to Hubert Hurkacz at last year’s grasscourt grand slam.

He won the Wimbledon junior title in 1998 before turning professional the same year. Since making his debut at the grasscourt grand slam in 1999, Federer had not missed a single edition before the 2022 tournament.

“Twenty years, you got to look at the bright side,” seven-time major winner and ESPN analyst McEnroe told reporters.

“You had a lot of time where you got a chance to watch this guy play and win it numerous times. So, we have to sort of hope that whatever he decides he’s happy with. He’s 40. He’s made it this far. It’s amazing.”

Federer, who has won a record eight men’s titles at the All England Club, said this month that he is “definitely” intending to return to top-level tennis in 2023. The 20-time grand slam winner is expected to return to the tour in September when he teams up with Spaniard Rafael Nadal to play doubles at the Laver Cup in London before playing at the Swiss indoors tournament at home in Basel the following month.

“Roger Federer is a living legend. We all know that,” McEnroe added during a video conference call on Wednesday.

“He’s the epitome of what you would want your kid to be when they grew up. And he’s the most beautiful player I’ve ever watched play. I idolised (Rod) Laver. He’s kind of an updated Laver to me.”