A regular starter for Kerala Blasters, the 25-year-old doesn’t get much game-time when he turns out for the Indian national team 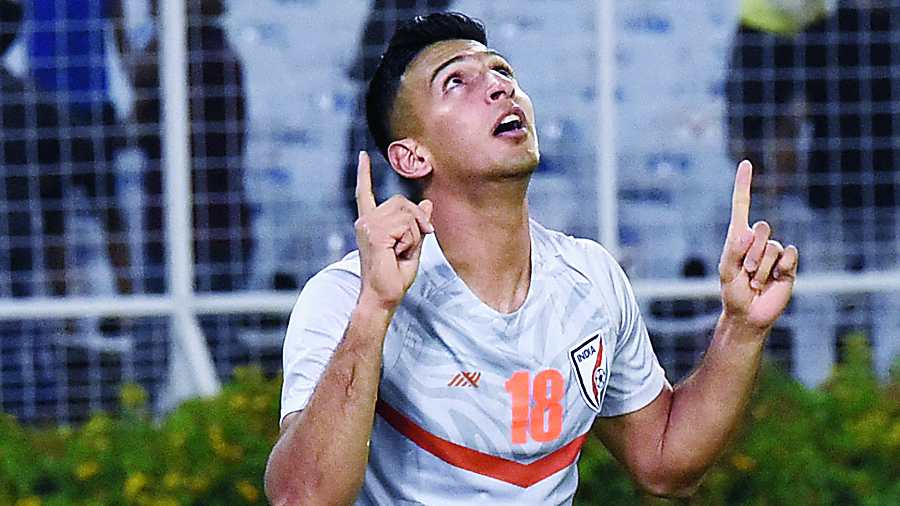 Sahal Samad is one of the few players in the present India football squad who had a very impressive ISL last season. He played 21 matches, scored six goals for Kerala Blasters, and under coach Ivan Vukomanovic the 25-year-old has gone from strength to strength.

A regular starter for the ISL club, Sahal doesn’t get much game-time when he turns out for the Indian national team. In the ongoing AFC Asian Cup Qualifiers Sahal came in a substitute in both the matches, scoring an injury-time winner against Afghanistan.

Coach Igor Stimac brought him on in the 89th minute on Saturday and within two minutes he got the winner, his second for the national team. The first one also came as a sub against Nepal in the Saff Cup final last year.

“Sahal gives Igor a good headache, whether to give him a start or keep him as a sub. It’s a good sign that the national coach has options upfront,” Ishfaq Ahmed, Kerala Blasters assistant coach, said.

Stimac feels for a player to make an impact even a minute is enough. “I had told Sahal before the Saff Cup final that sometimes one minute on the pitch can work better for you than 1,000 minutes. It depends on how you organise your time,” the Croat said at the post-match news conference.

Vukomanovic and Ishfaq worked hard on Sahal in the last season. “We ensured he was working on his defensive qualities, tracking down to help the back-line when the opponents are on the move. The best part was he listened,” Ishfaq, who has been with Sahal and Blasters for the last three seasons, said.

Stimac feels if Sahal can rationalise his moves, he could be more dangerous for the rivals. “He has so much quality. Sahal can run, can sprint, but 50 per cent of those are not effective. It’s a long process and patience is the only way forward.”

Sahal has that X-factor which separates him from the rest of the teammates. The moment he has the ball there is a feeling something is going to happen. “That’s the best part. He is very comfortable with the ball and has the ability to unlock opponents’ defence,” Ishfaq says.

He showed great composure in slotting home the ball past Afghan goalkeeper Faisal Ahmed Hamidi. “I just took the shot and by God’s grace it went in,” Sahal said after the match. “Happy that we won in front of such a good crowd.”

India have an important match lined up on Tuesday against Hong Kong in the AFC Asian Cup Qualifiers. Will Sahal get more game time after his Saturday night show? Or come off the bench in the dying minutes to have another telling effect.