The Brazilian, enjoys celebrity status in prison, signing autographs and posing for photos alongside his fellow inmates 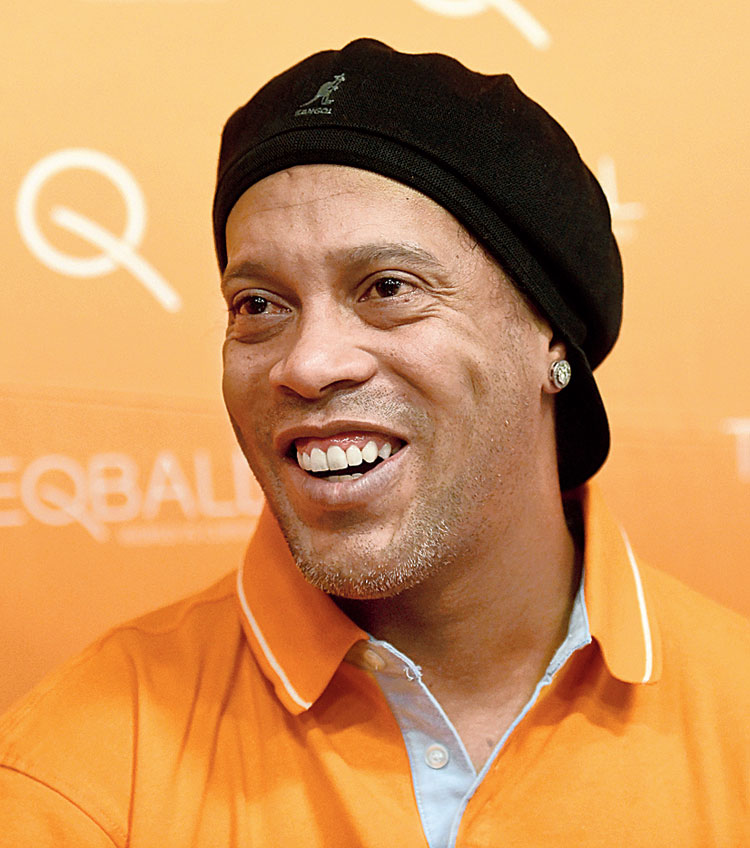 From delighting millions around the globe, Ronaldinho has now became the football king of a Paraguayan prison.

The Agrupacion Especializada prison is playing host to the Brazil legend, who is behind bars, while lawyers and prosecutors try to get to the bottom of a case that borders on the inexplicable.

Ronaldinho was apprehended in an Asuncion hotel along with brother Roberto at the start of March on charges of entering the nation with a fake Paraguayan passport. Since then he has been held in custody, with the appeals court ruling he was ineligible for bail due to the risk of him leaving the country.

The Brazilian, however, enjoys celebrity status in the prison, signing autographs and posing for photos alongside his fellow inmates, including drug traffickers linked to the deadly PCC gang – which led a breakout in December 2018 that freed two members – corrupt businessmen and politicians and other prisoners deemed high risk by Paraguayan authorities, according to a report in goal.com.

On Fridays, the prisoners play futsal, and the prize was a suckling pig for the barbecue afterwards, weighing, as noted with peculiar emphasis by almost every report, a hefty 16 kg.

Lionel Messi has denied he will fork out £3.25million to help Ronaldinho get out of prison, according to reports.

Ronaldinho has been warned that he could face up to six months in jail for using the alleged dodgy documents. And there were claims Messi plans to help his old Barcelona teammate by hiring four top lawyers to take on his case. Agencies