Romelu Lukaku ‘back’ at Inter Milan

At Chelsea, the 29-year-old failed to hold down a regular spot in coach Thomas Tuchel’s team 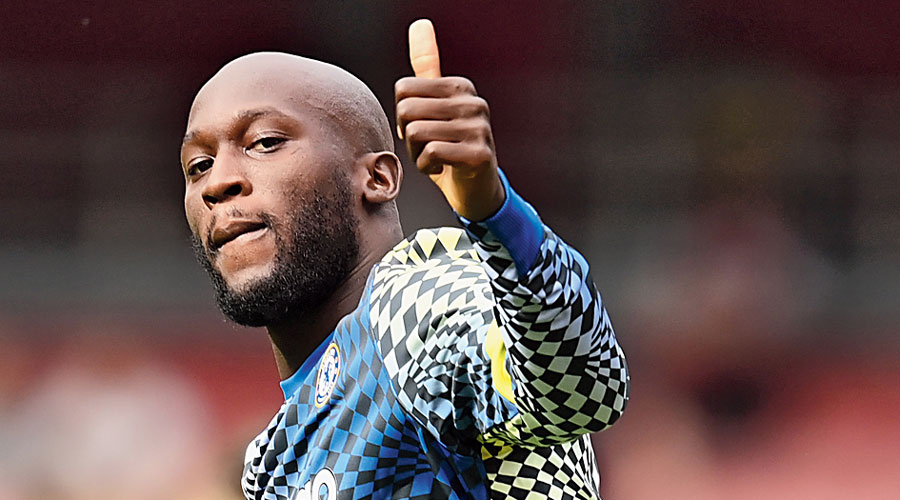 Romelu Lukaku has re-joined Inter Milan on a season-long loan from Chelsea, the two clubs confirmed on Wednesday, less than a year after the Belgian striker became the Premier League club’s record signing.

Lukaku joined Chelsea for a second time in his career last August for a reported £97.5 million ($118.3 million), penning a five-year deal. But the 29-year-old failed to hold down a regular spot in coach Thomas Tuchel’s team and returns to Inter to try to resurrect his career.

“I’m at the top of Inter HQ and look who I have here,” Inter president Steven Zhang said in a post on Twitter, panning the camera to show Lukaku. “I’m back,” said Lukaku.“I’m very happy... Forza Inter!”

The move will see Lukaku link up again with Inter forward Lautaro Martínez in a formidable partnership that was dubbed “LuLa” by the Italian media.

“That’s what I’m here for,” Lukaku replied when asked by Zhang if he was going to score a lot of goals.

Lukaku was a player transformed in Milan after leaving Manchester United in August 2019. He changed his diet, lost weight and gained form as he scored 64 goals in 95 games in all competitions over two years.

Lukaku was seen as the missing piece in Tuchel’s Chelsea set-up. But he made just 16 starts in the Premier League last term, scoring eight goals.