Hazard guided Belgium to their best World Cup finish at the 2018 tournament in Russia, when they came third 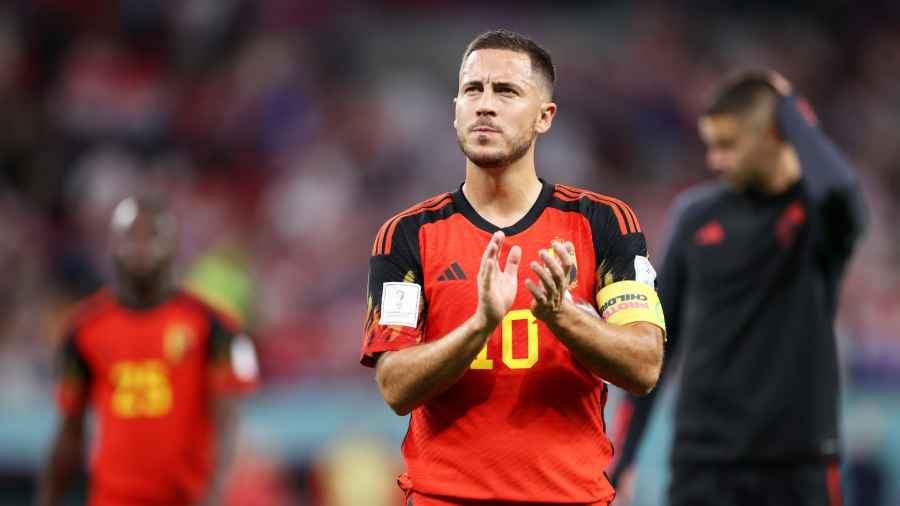 Hazard, the anchor of Belgium's “golden generation”, played in all three games but did not score as Belgium beat Canada, lost to Morocco and had to settle for a goalless draw with Croatia to finish third in Group F.

The forward made his senior debut in 2008 and scored 33 times in 126 appearances. He guided Belgium to their best World Cup finish at the 2018 tournament in Russia, when they came third.

"I have decided to put an end to my international career. The succession is ready,” Hazard wrote on Instagram.

Belgium lost to eventual champions France four years ago and beat England in the third-placed playoff but they were unable to find that spark in Qatar and bowed out with a whimper.

Hazard joined Belgium coach Roberto Martinez in stepping away from the national team after a dismal campaign which they scored only one goal in three games, and made more headlines for reported off-field squabbles than their football.

Hazard, who won the Premier League and Europa League twice among other major honours in seven seasons at Chelsea, has struggled since his move to Real Madrid in 2019.

He has won the Champions League and two LaLiga titles but scored only seven times in all competitions during his time in the Spanish capital.