Real Madrid rule in Spain, Carlo Ancelotti does a first 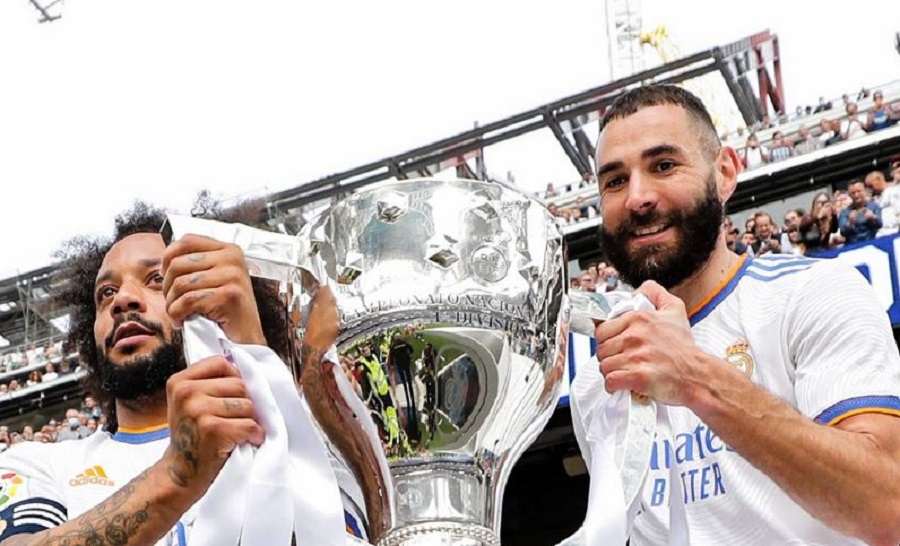 Real Madrid won a record-extending 35th La Liga title after two goals from Rodrygo spurred them to a 4-0 win over Espanyol on Saturday. Marco Asensio and Karim Benzema were the other scorers.

Real are on 81 points with four games to go. They are 17 points ahead of nearest rivals Sevilla. The 62-year-old Ancelotti has one of the most-decorated CVs in world football and when he was lured back to Madrid for a second spell last June following the departure of club great Zinedine Zidane, he knew that his only mission was to increase Real’s trophy haul.

To do that Ancelotti has not only shown astute tactical nous on the pitch but he also knows how to bring out the best in his players, both the young and experienced.

Many thought 36-year-old Croatian midfielder Luka Modric and French striker Benzema, 34, were well past their prime but under Ancelotti’s calm guidance, they have once again prospered.

Benzema is the league’s top scorer this season with 25 goals — his tally already more than his 2020-2021 haul. At the other end of the spectrum, Ancelotti has also boosted the confidence of 21-year-old Vinicius Jr, who has become an integral part of a squad not only as a winger but also with his ability to score goals. Only Benzema has netted more goals than the Brazilian for Real in La Liga this season.

Ancelotti’s meticulous planning and nurturing of players paid off on Saturday when he completed his collection of titles from the top five leagues.

His winning run began with steering AC Milan to the Serie A title in 2004, before triumphs in the Premier League with Chelsea in 2010, Ligue 1 with Paris St Germain in 2013 and Bundesliga with Bayern Munich in 2017 followed.