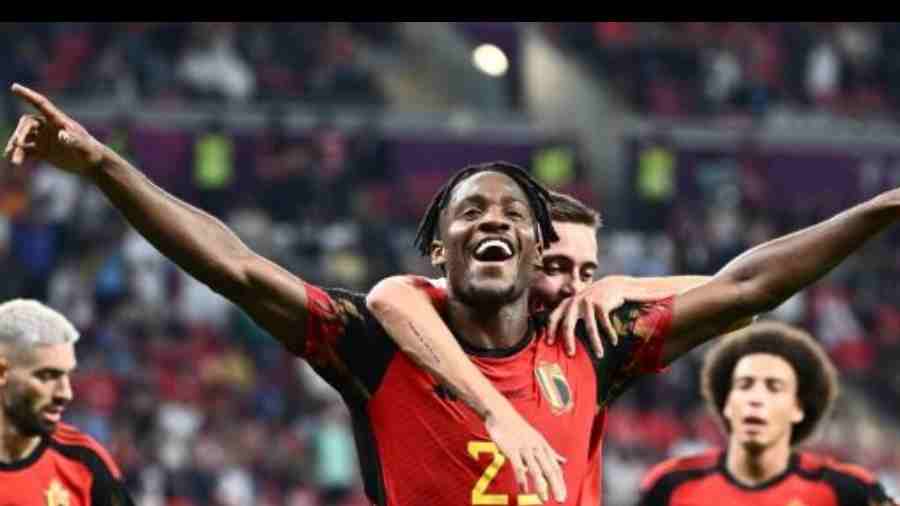 Belgium lived up to their billing courtesy of a Michy Batshuayi strike, beating a gritty Canada 1-0 in a Group F clash of the ongoing Qatar World Cup 2022. With the win, the Red Devils move to the top of the group standings.

Spain's 7-0 romp is one for the headlines

Spain took an early lead against Costa Rica in a Group E match at the Al Thumama Stadium. Marco Asensio then made it 2-0 after slotting Jordi Alba's low-cross past Keylor Navas, who managed to get a hand to it. Alvaro Morata, who came on in the second half scored a late brace.

Currently, Spain are at the seventh spot in the FIFA rankings while Costa Rica are at the 31st position.

Germany tasted defeat in their World Cup opener for the second tournament in a row, as Japan's substitutes completed a sensational turnaround after Ilkay Gündogan's first half penalty.

Hansi Flick's side covered their mouths in the prematch team photo, in protest at FIFA's stance on ‘One Love' armbands but their football did not do the talking for them.

After Japan had an early strike disallowed for offside, Gündogan put the 2014 winners ahead from the spot, following a clumsy challenge from Japan keeper Shuichi Gonda on David Raum.

While Germany had marginally the better of the opening half, both sides were sloppy in possession at times. Hansi Flick's side asserted a greater measure of dominance after the break, with Jamal Musiala coming increasingly to the fore. The Bayern Munich man skied a great chance after some sensational footwork before Serge Gnabry forced a strong double save from Gonda.

Germany were indebted to a brilliant reaction save from captain Manuel Neuer in the 75th minute but soon after, Neuer could only parry Takumi Minamino's shot in to the path of Ritsu Doan. The Freiburg forward had come on as a substitute only moments earlier, and slammed joyously home.

Another substitute, Takuma Asano, completed the comeback in the 83rd minute with a fine solo effort that took advantage of some questionable Germany defending.

Flick threw on Niclas Füllkrug and Mario Götze in a bid to change the momentum but his side couldn't find the breakthrough. They have it all to do in their remaining games, against Spain on Sunday and Costa Rica on Thursday.

History being made in front of our very eyes

The winners of the 2014 FIFA World Cup, Germany, begin their campaign in the 2022 edition of the tournament against Japan.

The FIFA World Cup match between Morocco and Croatia ends in a 0-0 draw. There were numerous attempts made by both teams but unfortunately, none of them were able to capitalize on the chances and the game ends without a goal.

Both the teams are levelled at 0-0 but there had been numerous efforts from both sides so far. We will be back with the second half.

All square after the first half

Croatia, who finished as the runners-up four years ago, will get their FIFA World Cup 2022 campaign underway against Morocco at the Al Bayt Stadium in Al Khor on Wednesday.