Qatar 2022: Netherlands into the quarter-finals with comfortable win over USA

The Dutch, who failed to qualify for the 2018 World Cup, ousted Christian Pulisic's side 3-1 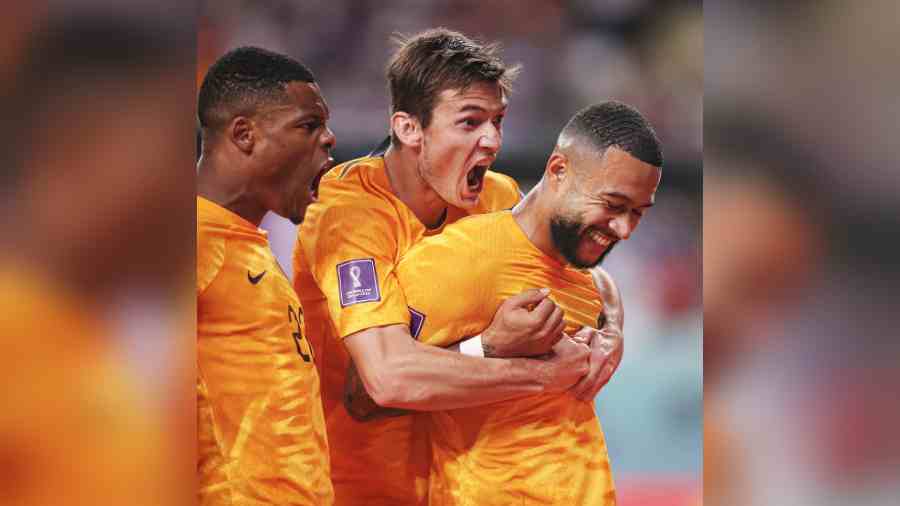 The Netherlands became the first country into the World Cup quarter-finals as they beat the United States 3-1 at the Khalifa International Stadium on Saturday.

A 10th-minute effort by Memphis Depay and another from Daley Blind with the last kick of the first half paved the way for the Dutch to set up a last eight clash with either Argentina or Australia, who were playing later.

Substitute Haji Wright scrambled in a reply for the United States in the 76th minute to give the Americans hope but Denzel Dumfries's volley sealed a seventh quarter-final appearance for the Dutch.

Louis van Gaal's Dutch side grabbed the lead with their first attack when a slick move ended with Dumfries cutting a perfect pass back for Barcelona forward Depay to stroke home.

Dumfries then played a carbon copy ball for Blind to make it 2-0 and put his side in cruise control.

Wright bundled home from a Christian Pulisic cross but Dumfries crowned a great display to finish off the Americans.