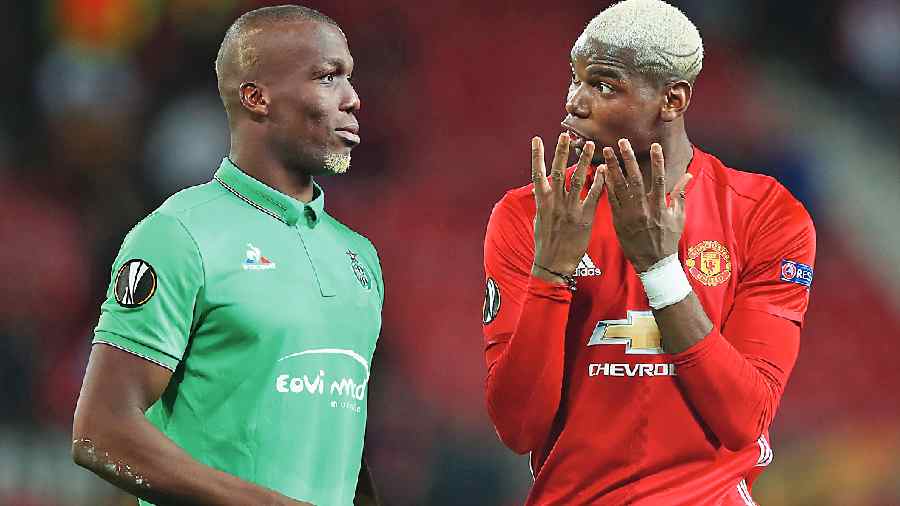 “It feels exciting to have joined a club as big as ATK Mohun Bagan. It makes me very proud. This legacy of the club is its jersey — I’m looking forward to the day I turn up in gree-and-maroon,” an ATK Mohun Bagan media release quoted him as saying.

“This is a new challenge for me. It will give me a chance to know the country, new championships and many clubs. It’s huge to me,” he added.

“I need to know a lot more about the ISL. But I have heard about Indian football from legendary footballers like Nicolas Anelka and Robert Pires who plied their trade here,” Florentin, who joined on a two-year deal from French second division club FC Sochaux-Montbeliard, said.

Paul Pogba, who left Manchester United for Juventus, wished him well. “I wish you all the best at your new club ATK Mohun Bagan,” the 2018 World Cup winner wrote on Instagram.

ATK Mohun Bagan paid an undisclosed amount as transfer fee — sources said it could be around Rs 1.5 crore — and Florentino, it has been learnt, will have an annual salary of little more than Rs 2 crore.

The Mariners already have Australian A-League star defender Brendan Hamill on board and with the latest acquisition, it will bolster their defence ahead of their AFC Cup Assignment.

The Juan Ferrando-coached side struggled in their defensive department last season with injury woes .

“He is a goal-setting footballer. Who always wants to give the best and tries to prove himself by coming out of the comfort zone. He can create an attack from the defence and give the forwards good passes to score goals,” Ferrando said.

Florentin still had one-year left in the contract last played with Sochaux.

Having joined in 2020, he donned Sochaux jersey for two seasons, playing 62 matches.

Unlike Paul Pogba, who plays for France, Florentin represents Guinea and has 30 caps for the national side since making his debut as a 19-year-old in 2010.

Born in Guniea, Florentin was brought up in France and began his professional career in 2010 with CS Sedan where he played 45 matches across two seasons.

He then moved to AS Saint-Etienne in 2012 before making his Ligue 1 debut the next year. He then went to the Turkish side Genclerbirligi SK, followed by Atlanta United in Major League Soccer where he won the US Open Cup and Campeones Cup.