United are on 26 points, five behind leaders Liverpool and just a point behind second-placed Leicester City 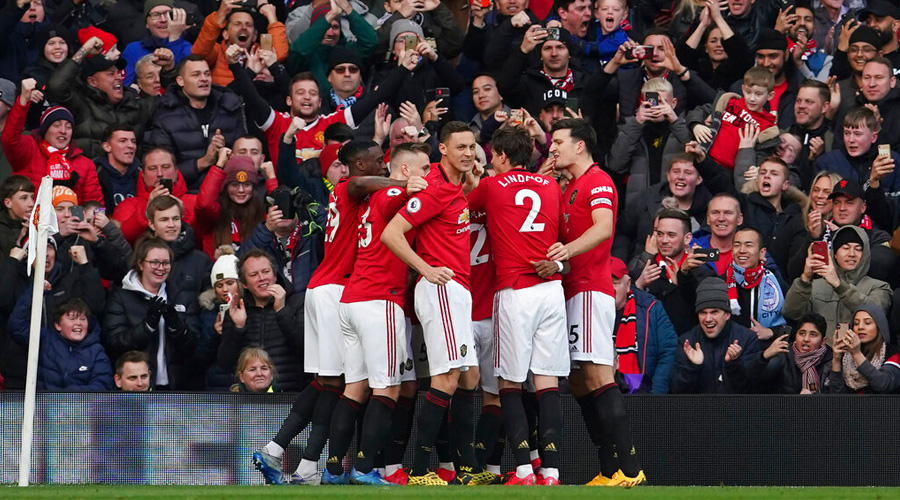 Scott McTominay and Bruno Fernandes scored two each as Manchester United thumped Leeds United 6-2 at Old Trafford on Sunday to move up to third in the Premier League.

McTominay scored twice in the opening three minutes, the first a stunning strike from distance, before Fernandes made it 3-0 in the 20th minute. Victor Lindelof added a fourth before a Liam Cooper header, four minutes before the interval, gave Marcelo Bielsa’s Leeds a glimmer of hope for the second half.

But McTominay set up Dan James for United’s fifth before a Fernandes penalty made it 6-1.  Stuart Dallas gave Leeds some reward for their efforts with a beautiful curling shot from distance.

United are on 26 points, five behind leaders Liverpool and just a point behind second-placed Leicester City.

Earlier, Leicester produced an impressive performance to secure a 2-0 win at Tottenham Hotspur after striker Jamie Vardy scored the opening goal. The second was a Toby Alderweireld’s own goal.