Luka Modric to stay at Real Madrid for one more season 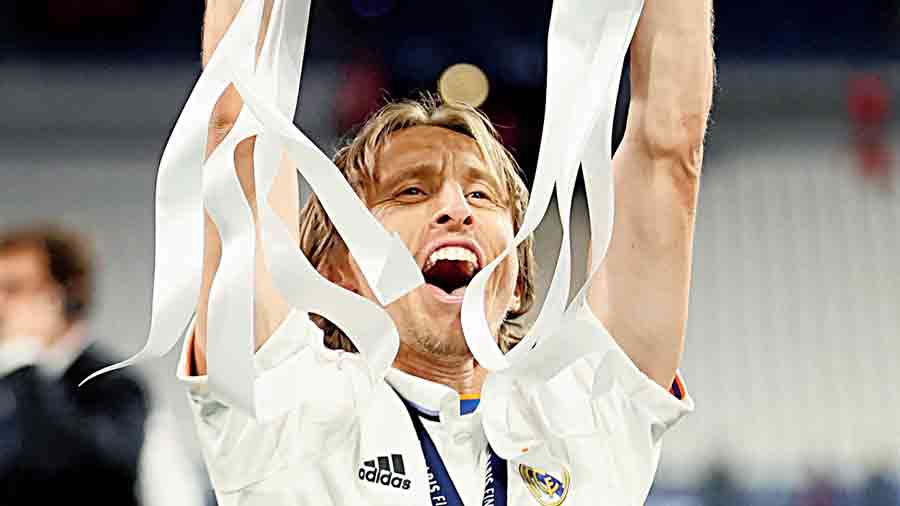 Croatia midfielder Luka Modric has signed a one-year contract extension with Real Madrid and will stay at the European champions at least until June 2023, the club announced on Wednesday.

The announcement was made not long after the 36-year-old won his fifth Champions League title in a decade with the La Liga champions. “Very happy to announce that I will continue playing for the best club in the world,” Modric said on Twitter and Instagram. “I’ve been fulfilling a dream for the last 10 seasons, and I remain with the same excitement and desire from the first day.”

He also won the Ballon d’Or in 2018. It is the second year in a row that Modric has signed a one-year extension with Real as his current contract was set to expire at the end of June.

Modric has played 436 games in all competitions for Real, scoring 31 goals and providing 73 assists. He is the 20th player with the most appearances in the club’s history, two behind Cristiano Ronaldo.

Last season, Madrid signed 19-year-old Eduardo Camavinga from Rennes, and now they are close to announcing an agreement with 22-year-old Aurelien Tchouameni from Monaco.  Camavinga played often this season, as did 23-year-old Federico Valverde, who has been with the senior team since 2018.

Liverpool have rejected a deal worth £30m for Senegal forward Sadio Mane from Bayern Munich, according to BBC. The Reds have been left bemused after the German club returned with the offer after an initial bid, reported to be worth up to £25m, was turned down.

Liverpool are understood to want about £42.8m for 30-year-old Mane considering Bayern’s similar valuation of 33-year-old Robert Lewandowski. Mane and Lewandowski both have one year remaining on their current deals.