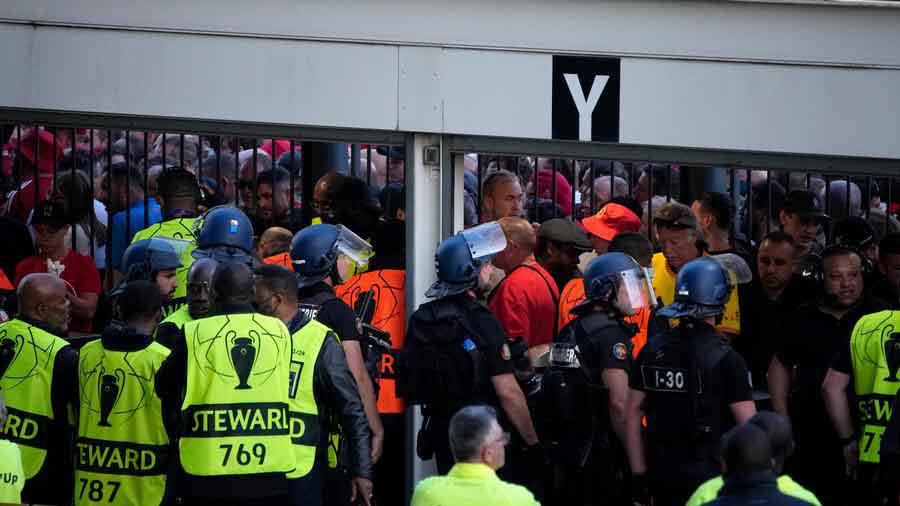 A report from the French Senate has concluded that Liverpool fans were not to blame for the chaos ahead of this year's Champions League final, but rather a "string of dysfunctions" in the organization.

An inquiry by the French Senate into crowd chaos at this year's Champions League final in Paris concluded that organizers were to blame, not supporters.

The report added that Liverpool fans had been blamed so as to "divert attention" from the failure of the organizers and that problems were caused by a "string of dysfunctions," including a lack of preparation by French authorities and poorly executed security arrangements.

"These dysfunctions were at every level, not only during the implementation but also during preparations in advance," co-chair of the inquiry Laurent Lafon told reporters at a press conference.

The report also said that policing had been influenced by a "dated vision" of British fans, that UEFA's management of the ticketing system had been "unsuitable," and that training for stewards on site was poor.

The report was also in stark contrast to the statements of police and French Interior Minister Gerald Darmanin, who said Liverpool fans were mostly responsible, and that up to 40,000 of them traveled to the stadium either with no tickets or with fake ones.

The game between Liverpool and Real Madrid on May 28 was marred by a delayed kickoff, crushes, teargas and street crime.

DW's Matt Pearson witnessed the chaos unfolding at the stadium that night, and reported on what went wrong at the Champions League final.

This is not the first time Liverpool have suffered this fate either. Fans of the club were falsely blamed for the Hillsborough stadium disaster in Sheffield in 1989.

With France due to host the Rugby World Cup next year and the Olympics in 2024, the report also included a series of recommendations to authorities as to how to improve security at such events, stressing lessons must be learned.