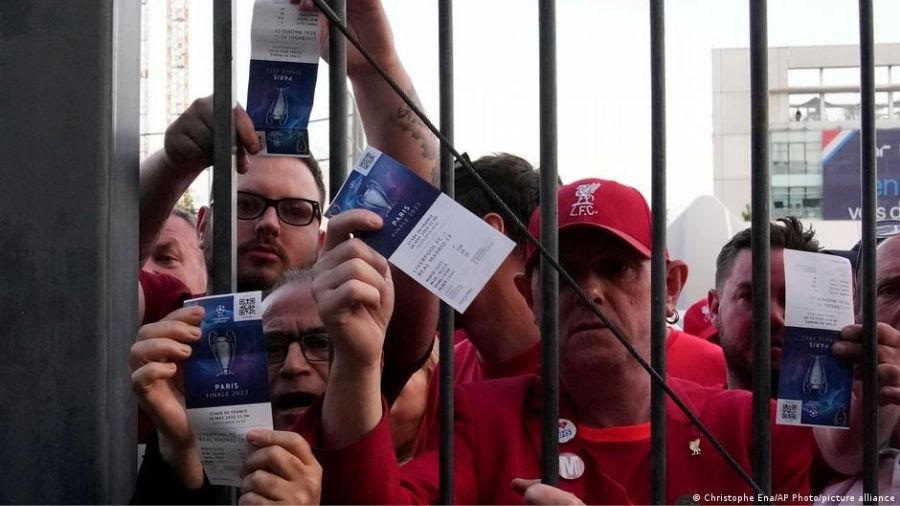 France’s sports minister said on Monday Liverpool fans without valid tickets were responsible for initial crowd problems at the Champions League final, with the problem then exacerbated by local youths trying to force their way in to the game.

Some French far-right politicians, such as Eric Zemmour, said the crowd trouble at Saturday’s Champions League final between Liverpool and Real Madrid was caused principally by local youths from the nearby Seine Saint-Denis Paris suburb.

“What we really have to bear in mind is that what happened, first of all, was this mass gathering of the British supporters of the Liverpool club, without tickets, or with fake tickets,” French sports minister Amelie Oudea-Castera said.

The match kicked off with a 35-minute delay after police tried to hold back people attempting to force their way into the French national stadium without tickets.

Television footage showed images of young men, who did not appear to be wearing Liverpool jerseys, jumping the gates of the stadium and running away. Others outside, including children, were tear-gassed by riot police, said a Reuters witness.

The chaotic scenes at the French national stadium were branded a national embarrassment, with France due to host the 2023 Rugby World Cup and the 2024 Olympic Games.

Liverpool chief executive Billy Hogan said the treatment of Liverpool fans was “unacceptable” and the club wanted a “transparent investigation” by Uefa. Britain’s minister for sport Nadine Dorries iterated that view. French minister Oudea-Castera said there were “no problems” regarding Real Madrid supporters.

(Written with inputs from a Reuters report)