Argentina to take on Italy in a one-off fixture 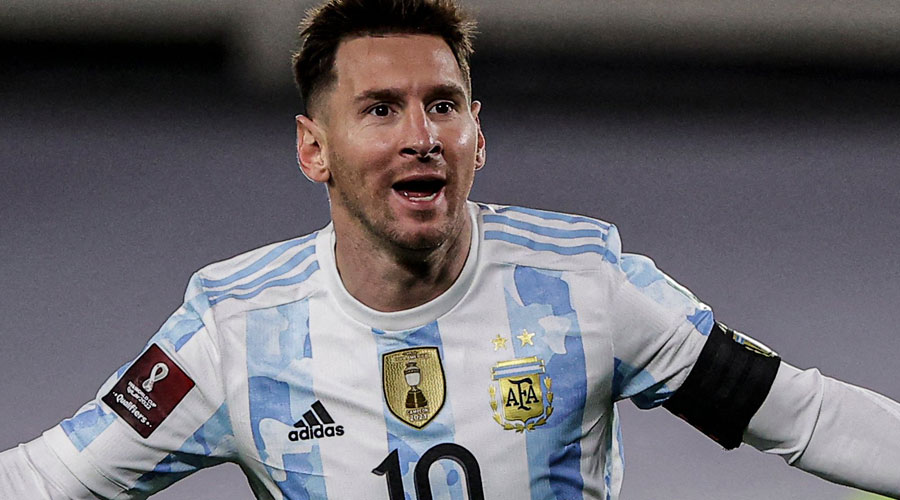 Lionel Messi is set to be back in action for Argentina when the South American nation take on Italy in the Finalissima on Wednesday.

The fixture pits the champions of Europe against their South American counterparts in a one-off fixture. Head coach Lionel Scaloni has selected a strong squad for the match at Wembley, and Messi could be joined in the final third of the field by Lautaro Martinez and Angel Di Maria.

Argentina are set to match up with Italy in terms of a 4-3-3 formation, with Rodrigo De Paul, Guido Rodriguez and Giovani Lo Celso potentially featuring as the midfield three. At the back, the experienced Nicolas Otamendi is likely to be joined by Cristian Romero, with Marcos Acuna and Nahuel Molina lining up in the full-back positions.

For Italy, long-serving central defender Giorgio Chiellini will make his final appearance. The 37-year-old, who is leaving Juventus this summer, has made 116 appearances for his country and lifted last summer’s Euro 2020 trophy, with Roberto Mancini’s side overcoming England on penalties.

Chiellini’s first cap for Italy came back in 2004, but he will represent his national side for the final time on Wednesday.Mancini is likely to select a 4-3-3 formation, with Jorginho and Marco Verratti set to feature in central midfield, while there are likely to be spots in attack for Nicolo Zaniolo and Lorenzo Insigne.

Di Maria will retire from international football after this year’s World Cup in Qatar, the former Paris Saint-Germain and Manchester United forward said on Monday.

“After this World Cup it will be time, there are a lot of lads who are at international level, who are getting better and little by little they are going to show that they are at this standard,” the 34-year-old said.He made his debut for the senior Argentina team in 2008. He played 121 times for the national side and scored 24 goals.           He scored the winner last July as Argentina beat Brazil 1-0 to win the Copa America and lift their first major title in 28 years.

The Argentine will leave PSG this summer and he has yet to decide where he will play his club football next season but he said continuing at international level “would be a bit selfish after so many years and having achieved what I wanted to achieve”.