We needed to be calmer on the pitch throughout, we were a bit hectic and we need to improve that: Pedri 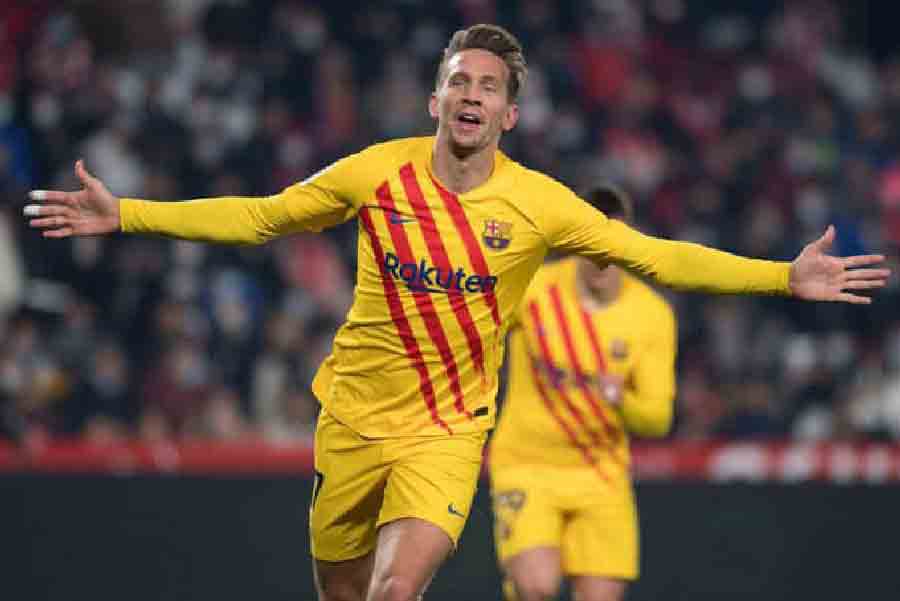 A 96th minute header from substitute Luuk De Jong saw Barcelona rescue a 2-2 draw away at city rivals Espanyol in La Liga on Sunday. Espanyol looked set for a first home league victory over Barca in 15 years before De Jong turned in Adama Traore’s cross to salvage a point.

Xavi Hernandez’s side moved back into the fourth and final Champions League spot as a result — level on 39 points with Atletico Madrid and one ahead of Real Sociedad in sixth.
It had looked like Barca would be in for a comfortable evening when they took the lead inside the first two minutes when Pedri turned in Jordi Alba’s cross from close range. But they were
pegged back on the stroke of half-time as Sergi Darder curled an effort in from the edge of the box.

Raul De Tomas then took the hosts ahead. With tempers flaring late on, Gerard Pique and Nico Melamed both saw red cards following a coming together off the ball before De Jong’s late effort saw the spoils shared.

Barcelona’s Ronald Araujo apologised for an “unfortunate gesture” he made, saying the “tension” of the match led to the incident.