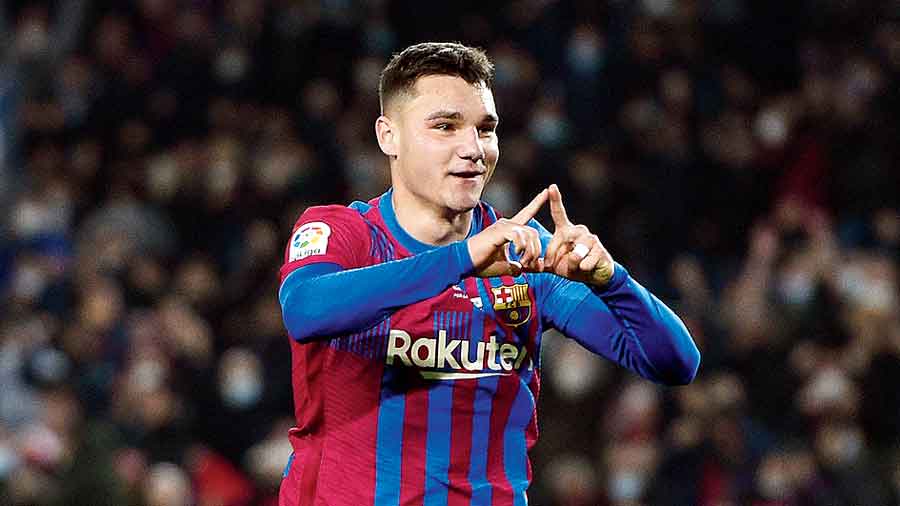 A stunning late goal from 19-year-old substitute Nico gave Barcelona three precious points as they beat Elche 3-2 at the Camp Nou in La Liga on Saturday.

After two league games without a win and a humiliating 3-0 loss to Bayern that knocked them out of the Champions League in the group stage for the first time in almost two decades, Barca were desperate for a win.

They started well and arguably had their best 45 minutes of the season in the first half, with coach Xavi Hernandez’s bet on his younger players appearing to pay off as Spanish youngsters Ferran Jutgla and Gavi both scored early on.

With strikers Memphis Depay and Ansu Fati hurt, Jutgla leapfrogged veteran Luuk de Jong as the starter upfront, and he sent in the first goal with a header from an Ousmane Dembele corner.

Four minutes later, teenage sensation Gavi scored the first goal of his professional career to double Barca’s lead. But in the second half, Elche scored twice in two minutes through Tete Morente and Pere Milla, and it looked like Barca’s recent run of nightmare games was set to continue.

But Dembele found Gavi breaking through Elche’s defensive line in the 85th minute, and the young international cut the ball back to Nico inside the area, who blasted the ball into the roof of the net.

A Lucas Ocampos strike in the final minutes of the match gave second-placed Sevilla a 2-1 win over Atletico Madrid.  In a feisty match between two sides that are trying to stay in contention with league leaders Real Madrid, Sevilla came out on top.

Ivan Rakitic gave Sevilla the lead early in the first half with a fabulous long-range strike.