The victory moved Barca into the top three with 51 points, level with fourth-placed Atletico Madrid 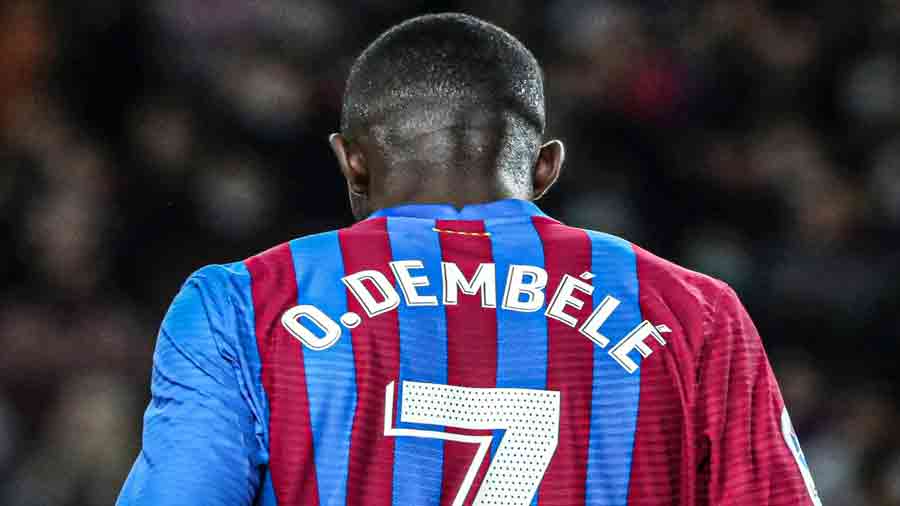 Ferran Torres scored a brace and Ousmane Dembele made two assists as a red-hot Barcelona rolled over Osasuna 4-0 on Sunday to earn their fourth consecutive La Liga win.

The victory moved Barca into the top three with 51 points, level with fourth-placed Atletico Madrid and five points behind second-placed Sevilla, but with a game in hand over their nearest rivals. Torres opened the scoring 14 minutes into the game with a penalty after Gavi was tripped from behind inside the area.

Seven minutes later, he doubled his tally, receiving a brilliant pass by Dembele in behind the defence before beating the keeper with a delicate finish.

Dembele was unstoppable on the right flank and five minutes later the French winger teed up Pierre-Emerick Aubameyang to net Barca’s third from close range.

Substitute Riqui Puig completed the victory when he found the net after collecting a rebound in the 75th minute.

“I’m really happy that we won and are rising,” Torres told reporters. “Our objective is to keep climbing in the standings and keep improving game by game.”

Coach Xavi Hernandez seemed happy with the result but believes fighting for the league title is a long-shot with his side trailing leaders Real Madrid by 12 points.  “I don’t think the league is possible this season, Real Madrid is too far ahead,” Xavi said.