Kylian Mbappe gears up for Juventus with a double

PSG have 16 points from six games and lead second-placed Olympique de Marseille, who beat AJ Auxerre 2-0 away, on goal difference 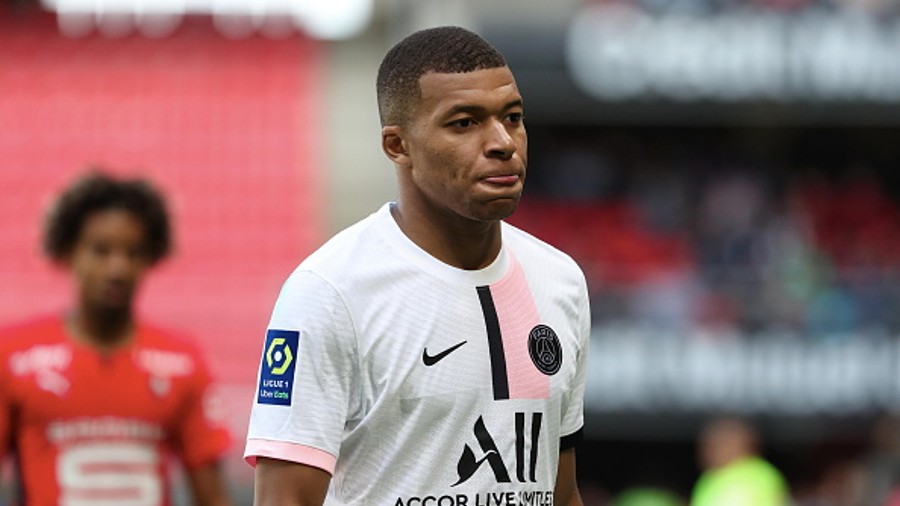 Kylian  Mbappe  scored twice as Paris St Germain geared up for their Champions League opener with a routine 3-0 win at 10-man Nantes to stay top of the Ligue 1 standings on Saturday. Mbappe found the back of the net either side of the interval to take his season’s tally to seven before being replaced by Neymar as coach Christophe Galtier looked to spare the duo before PSG host Juventus on Tuesday.

PSG have 16 points from six games and lead second-placed Olympique de Marseille, who beat AJ Auxerre 2-0 away, on goal difference. Olympique Lyonnais, who have a game in hand, climbed up to third on 13 points after Karl Toko Ekambi’s double and a goal by Alexandre Lacazette gave them a resounding 5-0 victory against Angers.

PSG opened the scoring when  Mbappe  beat Nantes keeper Alban Lafont from inside the box after being set up by Lionel Messi in the 18th minute. The hosts were reduced to 10 men six minutes later when Fabio Da Silva was shown a straight red card for a dangerous tackle on Vitinha. Mbappe doubled the lead nine minutes into the second half at the end of a quick counter attack.

The 23-yearold found Messi in the box and the Argentine slid the ball towards Mbappe who tapped in at the near post. Nuno Mendes then made it 3-0 in the 68th minute, firing home after Neymar’s strike had bounced off the post for PSG’s 24th goal in Ligue 1 this season.

Earlier, Marseille continued their near-perfect start with a solid at Auxerre with Alexis Sanchez showing his worth with his third goal since joining from Inter Milan as a free agent. Igor Tudor’s side prevailed through an early Gerson goal and substitute Sanchez’s late strike while Cengiz Under caught the eye with a sterling display in the first half, four days before their Champions League trip to Tottenham Hotspur in London.

Marseille went ahead when Under’s angled shot onto the post bounced into the path of Gerson, who fired home from close range in the eighth minute. The hosts moved up a gear after the break with Gauthier Hein and Paul Joly going close, but Marseille were more clinical and wrapped it up through Sanchez when they were under pressure.