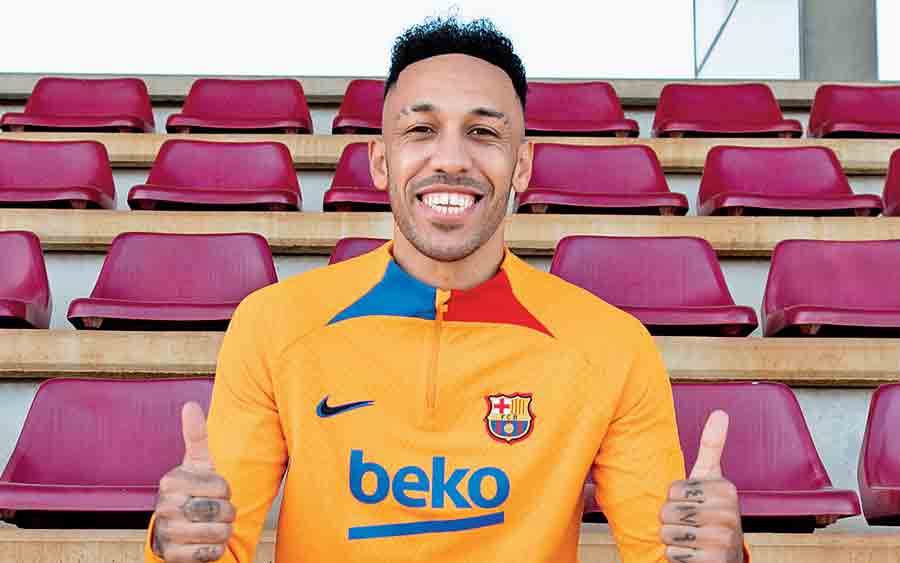 Gabon striker Pierre-Emerick Aubameyang has completed his move to Barcelona on a free transfer after terminating his contract with English Premier League club Arsenal, the La Liga side said on Wednesday.

Barcelona said Aubameyang would sign a contract until June 2025, with an option to agree departure on June 30, 2023. The Catalan club set his release clause at 100 million euros ($113 million).

Aubameyang joined Arsenal from German club Borussia Dortmund in 2018 for a fee of around £58 million ($79 million) as former manager Arsene Wenger’s last signing. He immediately became a fan favourite and went on to score 92 goals in 163 games.

His crowning moment was captaining Arsenal to their 14th FA Cup in 2020, scoring both goals in a 2-1 win over Chelsea, having scored a brace against Manchester City in the semi-final.

The 32-year-old striker was made permanent captain last season after signing a contract extension in 2020, but his Arsenal career began to turn sour and he left by mutual consent on Tuesday with 18 months remaining on his contract.

Despite being Arsenal’s highest earner, he has not played for the north London club since December after manager Mikel Arteta stripped him of the captaincy due to a disciplinary breach.