México’s away kit has designs representing the ‘history, roots and culture of our country,’ the Mexican Football Association said 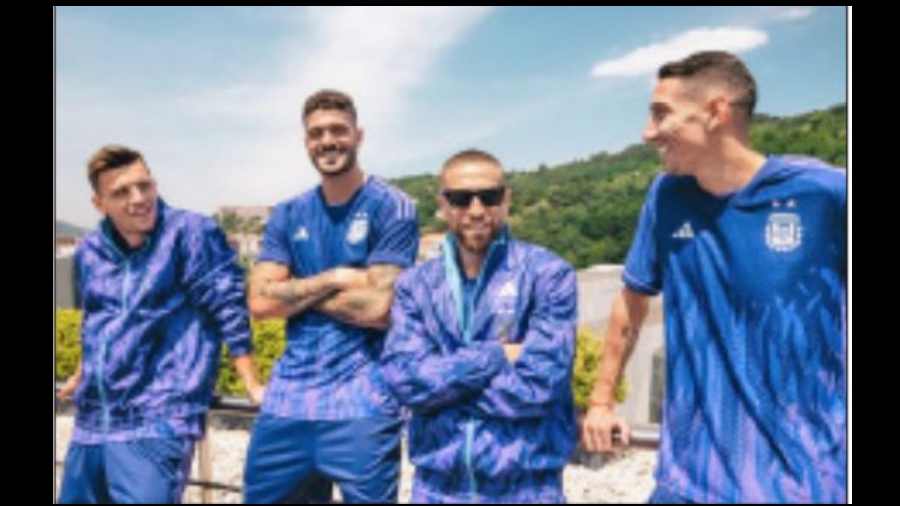 México will bring its indigenous roots to the field. Germany will be inspired by its first game more than 100 years ago. Japan will feature its origami traditions. Argentina will promote gender equality. It’s becoming easier to picture the look of the World Cup in three months’ time after Adidas and Puma released more national team kits for the tournament in Qatar.

México’s away kit has designs representing the “history, roots and culture of our country,” the Mexican Football Association said. The designs come in red on the white jersey, which will be used along with green shorts and burgundy socks. “It won’t be only a kit,” the federation said.

“It will be an armour filled with magic, power and poetry.” The first kit, in México’s traditional green, highlights the image of the Quetzalcóatl God, featuring feathers and a serpent body that symbolizes the duality of human nature that was characteristic of pre-Hispanic cultures.

Germany’s home kit will feature a vertical black stripe in the middle of the white jersey in a design inspired by the first national team jersey used in 1908. “The new home jersey looks to encapsulate team spirit,” the German Football Association said. It will also feature details with the colours of the German flag on the crewneck and sleeves. Black shorts and white socks will complete the look. “I really like the new home shirt,” forward Serge Gnabry said. “There is real harmony in the colour combinations, and it will be an honour to play in this shirt for Germany at the World Cup.” The away kit has a mix of black and red colours in a modern design.

Japan will bring a blue jersey with an origami-inspired design for the first kit, along with white shorts and blue socks. The marketing campaign for the new uniform was linked to the Blue Lock and Giant Killing manga series, with images of the jersey being released through the comics in Japan. The away kit will feature a white jersey along with black shorts and white socks.

Spain will recall the World Cup it hosted four decades ago on its away kit, which will mix light blue and white along with graphics inspired by the logo of the 1982 tournament. The uniform will feature dark blue shorts and light blue socks. The first kit will be the traditional dark red jersey along with details in the colours of the national flag.

Argentina will keep its traditional white-and-blue first kit, but will wear an all-violet away uniform to symbolise the fight for gender equality. Lionel Messi was the model for the new kit, which has details based on the traditional Argentine Sol de Mayo emblem. “The new away shirt of the national side transmits a powerful message of gender equality, aligned with the values of diversity and inclusion that our brand promotes,” Pablo Lamo, general manager of Adidas Argentina, said in a statement. “Through sport, we have the opportunity to change people’s lives, and soccer is one of the ideal tools to transform reality.”

Puma saw some criticism on social media after releasing similar designs for the away kits of its national teams. They feature similar graphics along with the players’ numbers in the middle of the jerseys, below the Puma logo and the national team’s emblems. Among the nations with Puma are Morocco, Ghana, Uruguay and Switzerland.