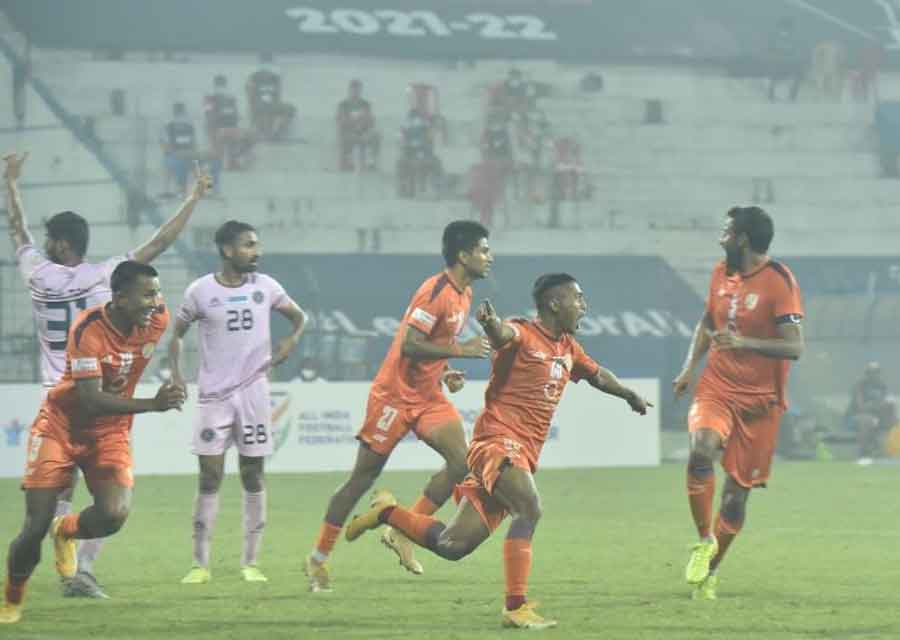 In a bizarre development, debutants Rajasthan United FC were left to play their maiden I-League match against RoundGlass Punjab Football Club on Sunday with just nine players, instead of 11, due to restrictions in the registration of amateurs.

A 10-man Punjab FC won the tie 2-0 with Kurtis Guthrie and Aphaoba Singh Ashangbam finding their names on the score sheet in Kalyani. CK Vineeth of the winners was shown the red card in the 68th minute.

The Jaipur-based side, which had made it to the I-League after winning the qualifying tournament in October, said it has fallen short of fielding a full 11-member team.

Rajasthan United acknowledged that the situation arose due to “errant decision making” by the club though it said the All India Football Federation (AIFF) also refused its request to postpone the match to January when they will have enough players with new signings. It also took a dig at their opponents — Punjab FC — for refusing to play the match at a latter date.

After winning the Qualifiers, Rajasthan United had released many players to sign better ones for the I-League, and the AIFF allowed the club to rope in amateur players till December 31 before the January window kicks in when they can take in professionals. The club had no way to sign professional players after winning the I-League Qualifiers as the June-August transfer window (for professional players) had already ended by then.

The AIFF, on its part, said it had acted as per rules approved by the world governing body Fifa. “As per the AIFF Regulations on the Status and Transfer of Players 2021 (AIFF RSTP) amateur players may only participate in professional competitions (I-League) should such amateur players be registered in the professional registration window.”

According to the club, the AIFF issued a statement on December 21 saying that only those amateur players who got signed on or before August 31 can play till December 31, which meant that the new signings of Rajasthan United cannot play in the I-League. The winter transfer window begins on January 1.

The club further said a simple option would have been to forfeit the match and play from game 2 on January 5 onwards (which occurs after the winter transfer window opens) but decided to take the field with only nine players.

“It (forfeiting the match) is something our philosophy will not allow. Offering our opponents the respect they deserve, we will put forth our bast face in the circumstances and strives to display the sportsmanship that defines the sport,” Rajasthan United said in a statement.

Earlier, Gokulam Kerala FC began their title defence with a 1–0 win over last season’s runners-up Churchill Brothers at the same venue. Kerala FC skipper Sharif Mohammad scored the solitary goal from the penalty spot early in the first half.