The ball is designed to support peak game speeds, as it travels faster in flight than any ball in the tournament’s history: Fifa statement 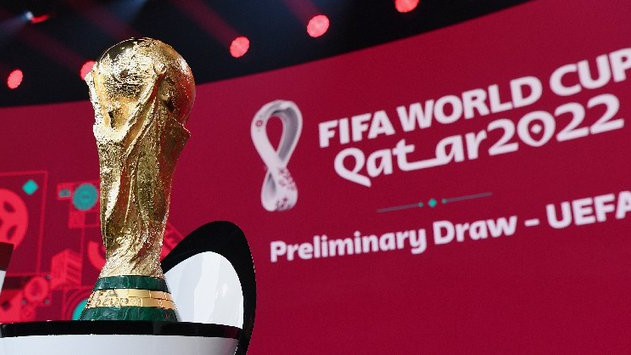 A couple of days before the World Cup began on November 20, England and Arsenal goalkeeper Aaron Ramsdale was asked to compare the Jabulani with Al Rihla.
File picture
Angshuman Roy   |   Doha   |   Published 27.11.22, 05:44 AM

Twelve years back, Jabulani, the match-ball for the South Africa World Cup, gained notoriety for its unpredictability and awkwardness. Telstar (2018 World Cup) and Azteca (1986) had their own quirks. Now Al Rihla, made especially for the Doha World Cup, is grabbing headlines.

A Fifa statement earlier this year said: “The ball is designed to support peak game speeds, as it travels faster in flight than any ball in the tournament’s history.”

Designed from the inside out using data and rigorous testing, in wind tunnels and on the pitch by football players themselves, Al Rihla (Arabic word for ‘the journey’) provides the highest levels of accuracy and reliability on the field of play, partly due to its new panel shape and surface textures.

Jabulani was a nightmare for goalkeepers with Iker Casillas and Gianluigi Buffon criticising the ball.

This year footballers haven’t really been criticising the ball much. A couple of days before the World Cup began on November 20, England and Arsenal goalkeeper Aaron Ramsdale was asked to compare the Jabulani with Al Rihla.

“That’s obviously in the past and everything changes now.

“We trained with it a couple of England camps ago, so we got used to it then, and obviously being with Arsenal, being Adidas, we’ve had time to test it as well for Fifa... so I’ve had quite a lot of exposure to the football,” he said during a news conference at the Al Wakrah Sports Club.

“It’s probably one of the better balls I’ve played with. I’ve never felt another World Cup ball, so I can’t go off that, but I’ve played with Adidas balls before, and European Championship balls and stuff, so it seems fine to me. It seems like it’s got better for goalkeepers as well as for the strikers, so, hopefully, there’ll be lots of saves but also lots of goals as well.”

Al Rihla is also the first real-time connected ball in history. It has a high-precision motion sensor inside it. Combined with data about the position of the player on the pitch and by applying artificial intelligence, the ball is helping in real-time semi-automated offside determination and signals this to the referees in the VAR room.

That’s the reason why Lautaro Martinez was ruled off-side even when the margins were very very fine. In the semi-automated offside checks era, even the tiniest infractions can be punished. If the margins were just a bit different, then perhaps Argentina could have walked into the second half with a three-goal advantage.

“The game is getting faster and, as it speeds up, accuracy and flight stability become critically important,” the Fifa statement had quoted Franziska Loffelmann, the design director of the official matchball maker.

“The new design allows the ball to maintain a significantly higher speed as it journeys through the air.”

Uruguay goalkeeper Sergio Rochet, who had to deal with the flight of the ball during the barren tie against South Korea, said Fifa is making life more difficult for his tribe.

“Year after year, it gets better for the strikers, and for us goalkeepers, it gets very tough,” Rochet told reporters on match-eve. “This is a very fast ball. We are in a process of adaptation.”

Rochet’s countrymate and former forward Diego Forlan was a revelation in 2010 South Africa. The Uruguayan forward had asked for the match ball months before the tournament started.

He worked on the freekicks and the trajectory. His preparations paid off, as he won the Golden Ball given to the best player of the tournament.