'He played really good, was strong and made a good run for his goal' 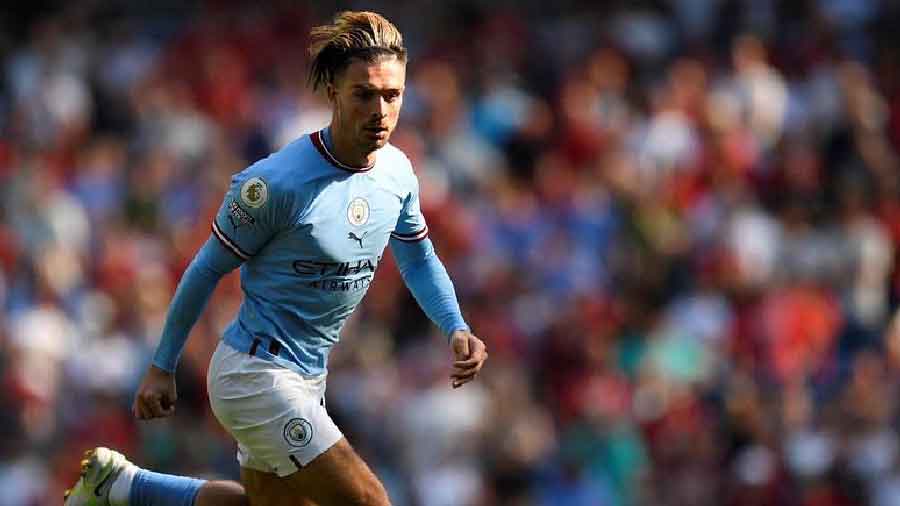 Grealish opened the scoring after 55 seconds having been criticised for a lacklustre performance in the Champions League win over Borussia Dortmund in midweek, as well as a lack of goals and assists since his 100 million-pound ($114 million) transfer from Aston Villa last year. Guardiola was quick to defend his player before the game and feels vindicated after a lively performance that also drew a straight red card for Wolves defender Nathan Collins.

"He played really good, was strong and made a good run for his goal,” Guardiola told BT Sport.

“He's a guy that does not lose the ball. It was a good performance from him.” Guardiola admitted his side struggled at times, particularly the first 25 minutes of the second half when Wolves saw most of the ball. ”The game started really well for us with the first two goals and the red card. But it is difficult to come here against this team with the quality they have to keep the ball,” he said.

”The second half we struggled a lot until we got the third goal through Phil (Foden). We could not get on the ball and that is a big compliment for Wolves. ”In moments we were good, in others we struggled a bit, but for that I give credit to the opponents.” City's array of internationals will now with their countries during the FIFA break, and Guardiola is hoping they return without injury ahead of his sideâ€™s next fixture against rivals Manchester United on Oct. 2. ”Fingers crossed the players come back fit.

The Nations League is important for them and also to convince their managers they are right for World Cup selection,” he said. ”So I understand how important it is for them.”