Mariners not only failed to log points in their opening match against I-League champions Gokulam, they also lost dependable central defender Tiri 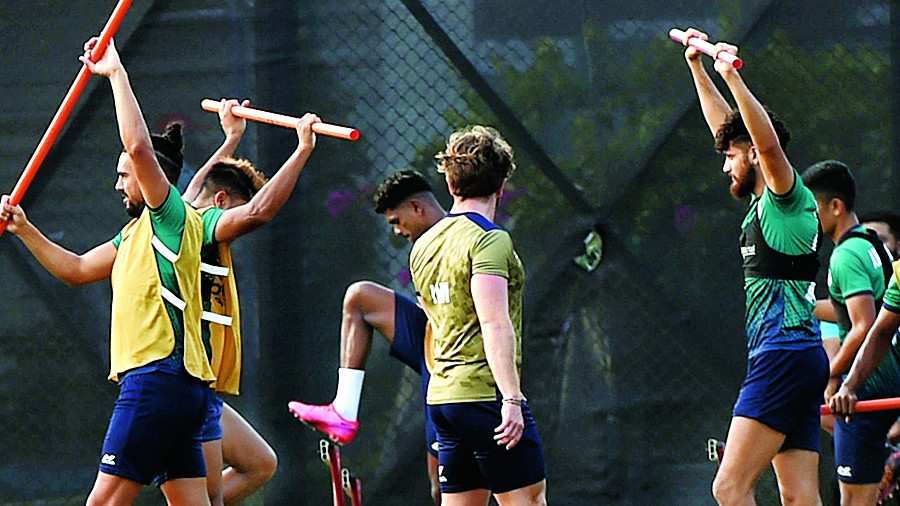 ATK Mohun Bagan need nothing less than a win to stay afloat in the AFC Cup when they square off against Bashundhara Kings in a group D clash at the Salt Lake Stadium on Saturday.

If the Juan Ferrando-coached side fail again, as they did in the first group league match against Gokulam Kerala FC, their chances of progress to the Inter-Zone semi-finals would be over.

ATK Mohun Bagan not only failed to log points in their opening match against I-League champions Gokulam, they also lost dependable central defender Tiri. The Spanish defender suffered an ACL tear and had to be stretchered off in the 37th minute of the game. He will be out of action for a few months.

The biggest challenge for Ferrando would be to keep his back line in perfect shape. Carl McHugh is all set to play in place of Tiri and he has a tough job in hand. McHugh was not in the squad in the last match.

“We have been unlucky with injuries. We won’t have Tiri but there are other players that I trust to hold the defence in his absence,” Ferrando said on the eve of the important game.

Asked if he and his squad were under any added pressure after losing the opening game, the Spanish coach said: “Pressure exists all the time, we have 26 players. I trust all of them. We learn about points to improve, and against Bashundhara we will try to do our best.

“My team is good. I need to win the match and that is our focus now.

“We are continuing the same plan, the same style. I know the boys want to do their best, and tomorrow (Saturday) is going to be better for us than it was in the last match.”

Bashundhara Kings head coach Oscar Bruzon thinks the first 30 minutes would be key to deciding the fate of the game.  “It is going to be a big match... We will stick to our plan, it will be important to hold the first 30 minutes, and then go ahead with our plan.

“Fans here can be very demanding, the first 30 minutes can see more support for the home team but as we know the demands of the fans can mentally affect players,” Bruzon said.

“ATK Mohun Bagan are a team still in transition. They need to adapt more to the coach’s plan. We know they are struggling at the back. But I am sure the coach has identified the struggles and we will not get complacent,” Bruzon added.

“We did what we had to do in the first game and now it will be about controlling the game. If we can do that, we will do well tomorrow (Saturday).”

Bashundhara Kings won their first match 1-0 against Maziya Sports & Recreation Club of the Maldives. In the other match of the day, Gokulam Kerala take on Maziya at the same venue.