Croatia vs Belgium: Glitter goes out of ‘golden generation’ 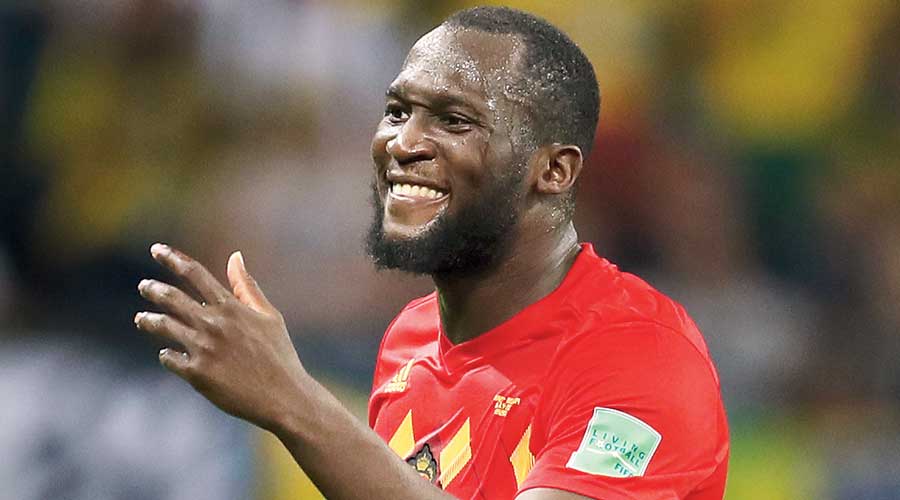 They are the “golden generation” of Belgian football. Eden Hazard, Kevin De Bruyne, Thibaut Courtois, Romelu Lukaku... They were supposed to win Euros and World Cups. A multi-racial team desperately seeking its place under the sun.

But that is not to be, not this time. From yet another World Cup, Belgium take leave, mulling what if...

Their only achievement to date in a major tournament remains the ousting of Brazil in the quarters of Russia World Cup. All of them were at their prime, tormenting Brazil and making the semis for the first time since 1986. Four years later, at the Ahmad Bin Ali Stadium, they played a goalless draw against Croatia, to whom they lost in the semis in Russia, and booked an early flight back.

Lukaku hit the near post even when Croatia goalkeeper Dominik Livakovic was hopelessly out of position; Dries Mertens could not convert after De Bruyne set it up for him on a platter; Yannick Carrasco spurned one from close and when Leander Dendoncker combined nicely with Thomas Meunier, the latter’s shot bounced close across the face of the goal.

Lukaku had a miserable time in front of the goal when he could have scored a hat-trick coming on as a second-half substitute. In the end, as fate would have had it, the goal just didn’t come.

Third in Russia, Belgium this time finished with four points from three matches. This was the golden generation’s worst showing. They had at least gone till the quarters in Euros and World Cups from 2016 onwards.

The writing was almost on the wall after they lost 0-2 to Morocco. Fast and young, the Moroccans, who topped the group with a 2-1 win over Canada in Thursday’s other match, had run Belgium ragged.

Eden Hazard, whose name was chalked off the starting XI by coach Roberto Martinez for Thursday’s match, felt that the two central defenders — Toby Alderweireld (33) and Jan Vertonghen (35) — have slowed down with age. That led to an alleged dressing room bust-up where Hazard, the captain and 31, was accused of working against the team’s interests. Even De Bruyne had gone on record to say that their team may be stacked with older players.

Unlike their Thursday’s rivals Croatia, which had a good mix of young and experienced players — defender Josko Gvardiol turns 21 on January 23 next year while captain, Luka Modric, is 37 — Martinez chose to keep faith in the men he has been working with for more than six years.

In their first match, against Canada, the world got a hint of what’s in store for Belgium. Questions were raised if they had it in them to cross the group stage. A young Canada side put so much pressure on Belgium that at one point in time one wondered who were the higher-ranked team.

Hazard came to this World Cup with just 41 minutes of game time for Real Madrid since September, while De Bruyne featured in 18 matches in all competitions for Manchester City. Lukaku, so vital to Martinez’s scheme of things upfront, picked up an injury in October and it was a huge gamble the coach played in naming him in the 26-man squad for World Cup.

This setback will call for introspection and  Belgium may finally charter a path to infuse fresh blood. In four years, Hazard and De Bruyne will be 35, Lukaku will be 33 and Courtois 34.

Croatia faced a similar situation after the Russia World Cup when some of their top names left the scene. They started the transition process and Gvardiol is one such young player who has been drafted in by coach Zlatko Dalic. The RB Leipzig defender was the standout performer for Croatia at the back. In the dying minutes, when Belgium were all over Croatia, his brilliant tackle to deny Lukaku a simple tap-in was one for the ages. The tackle which extended his team’s stay in Doha.

End of road for Martinez

Doha: Roberto Martinez walked into the post-match news conference and announced that the match against Croatia was his last as the Belgium manager. He had already said before the tournament that this would be his final assignment with the team and on Thursday he confirmed it.

“The team has given people real joy. But this is the time for me to accept (it is over). I don’t resign. It’s the end of my contract,” Martinez, who guided Belgium to a third-place finish in the 2014 World Cup, said.

There were more things happening at the Belgian front though. Romelu Lukaku, who came on as a second-half substitute and missed at least three clear chances to score, broke the glass of his team’s reserve bench after the game.