Champions League: Manchester United gear up for game of passion

While Atletico Madrid have reached the knockout rounds for the eighth time in the last nine seasons, Red Devils are in the last 16 for the first time since 2018-19 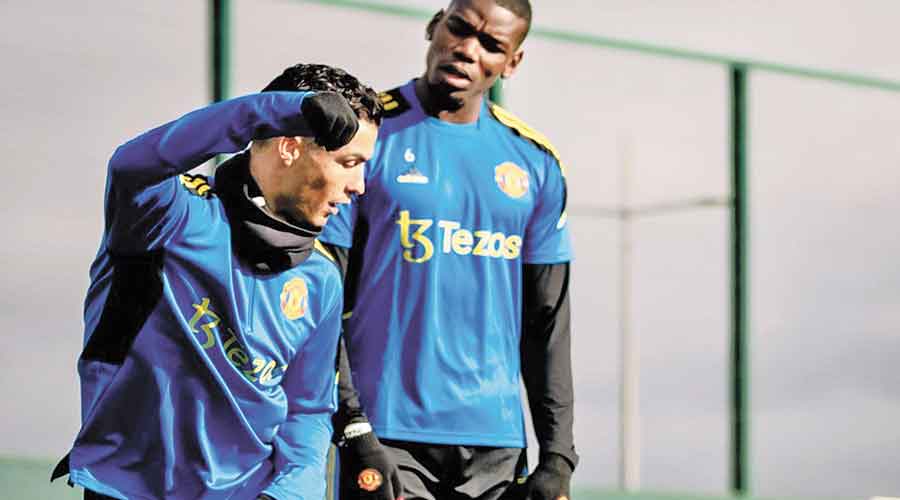 Manchester United coach Ralf Rangnick said his side are ready for an “emotional” battle in their Champions League last-16 first leg at Atletico Madrid on Wednesday, heaping praise on the hosts’ manager Diego Simeone for instilling such passion.

While Atletico have reached the knockout rounds for the eighth time in the last nine seasons, United are in the last 16 for the first time since 2018-19.

Staying in the top four in the English Premier League has been a struggle for United, but they topped their Champions League group — something Rangnick is adamant does not make them certain to reach the latter rounds.

“To say that a club like United should regularly be in the semi-final of the Champions League is not unique (to them),” Rangnick told a news conference on Tuesday. “I can recall a few other clubs in Europe where this could also be the case.

“They (Atletico) are always an emotional side and this reflects the character of the manager. Diego Simeone is probably one of the best emotional managers in Europe. The way his team play reflects those emotions.

“We need to match the levels of energy in both games. It will be physical, it will be emotional and we will have to be mentally strong in both games.”

Cristiano Ronaldo’s goals were crucial to United advancing to the last 16, with the veteran forward scoring crucial late strikes against Atalanta, home and away, and Villarreal.

United midfielder Bruno Fernandes believes the experience of Ronaldo, and that of multi-European Cup winner Raphael Varane, will be vital in Madrid, while insisting the squad remains unified, despite media reports to the contrary.

“He (Ronaldo) has that smell for the goal,” Fernandes said. “Having players that can decide games in any moment is helpful.

“We also have Rapha (Varane), who won it four times. But it is always the first time for someone. They are hungry to do something well.

“I saw the goal of H (Harry Maguire at Leeds United on Sunday) and I was slapping his head and saying ‘how can you score with that big head’ so I think it is just people trying to make stories about this club.”

Uruguayan striker Edinson Cavani has not travelled with the squad as he is still ruled out with a groin problem.

Benfica are looking to take the positives out of a disappointing weekend draw into Wednesday’s Champions League clash against Ajax Amsterdam, said caretaker coach Nelson Verissimo.

The Portuguese giants conceded two goals in the final 15 minutes at struggling Boavista to draw 2-2 on Friday and slip further behind in the race for the domestic championship.

But Verissimo says there was enough positive play to draw inspiration from for a tough round of 16 clash against the Dutch side at Estadio da Luz.

“We had a very positive 60 minutes, but we have to admit that in the last 30 minutes we didn’t do well at all,” he told a news conference on Tuesday.

“The players know exactly what we should have happened and what didn’t, but this is a speech that has to been done internally.

“For the next game, we’re taking the many positive things we’ve done on attack, and transporting it to the Ajax game while also recognising that we have to be much more consistent in defence.”

Verissimo has been in charge of Benfica’s last 10 matches since the departure of Jorge Jesus in December and after several indifferent results was questioned about his tenure.

“We can trouble Ajax. They were a side that got a full set of points in the group stage but we also came through. The starting point is to recognise the opponent’s quality and then put our ideas of how to beat them into practice.”