British media said United had closed on a deal worth up to 70 million euros for the Brazilian, who has 63 caps for his national country 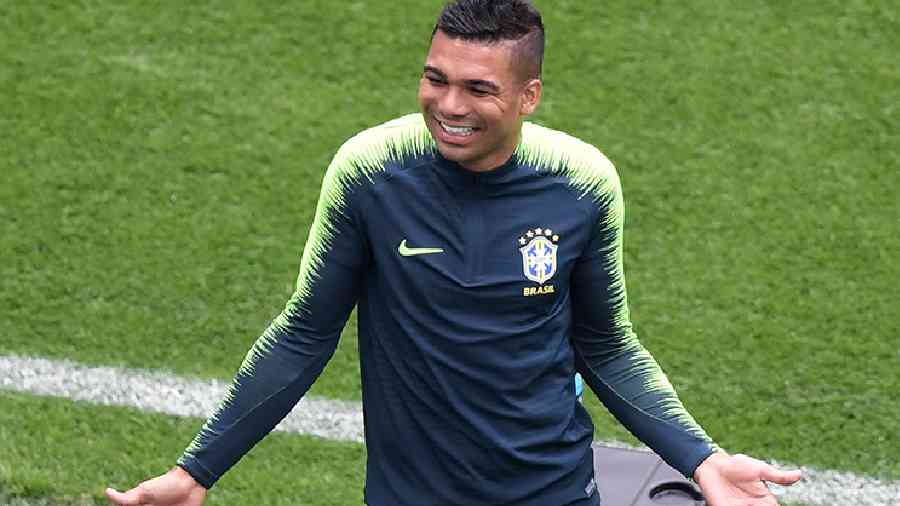 Manchester United have reached an agreement with La Liga champions Real Madrid for the transfer of defensive midfielder Casemiro, the Premier League club said. United said that the transfer is subject to the agreement of personal terms, British visa requirements and a medical.

The 30-year-old is to sign a four- to five-year deal at United with wages of around 16 million euros ($16.1 million) per year. British media said United had closed on a deal worth up to 70 million euros for Casemiro, who has 63 caps for Brazil.

He is understood to have undergone a medical ahead of the deal. Earlier, Real coach Carlo Ancelotti said Casemiro wanted to leave Real to face a “new challenge”.

“We understand his feeling, I do not think there is a way back,” Ancelotti told a news conference on Friday.

“Real Madrid loses a player that has linked really well with the other midfielders with more quality, (Luka) Modric and (Toni) Kroos. He is important and has been key to Madrid’s success,” Ancelotti said.

Casemiro’s addition will boost United’s options in midfield, with Ten Hag currently having only Fred and Scott McTominay as the regular players in that department.

United are bottom of the Premier League after losing both their opening games. They host rivals Liverpool on Monday night.

La Liga and European champions Real signed France midfielder Aurelien Tchouameni in June from AS Monaco, with the 22-year-old believed to be a replacement for Casemiro.