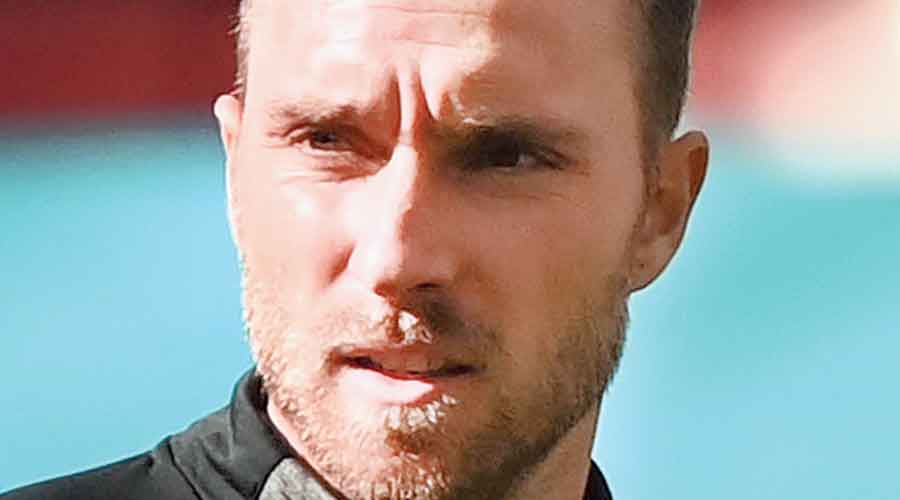 Eriksen signed for Brentford in January after saying he would resume his playing career, despite collapsing on the pitch while playing for his country last June.

“It’s an ongoing fairy tale and I am very pleased for that of course,” Frank, who is also Danish, told reporters after his side’s comeback demolition of the European champions, adding he had never doubted the wisdom of his return.

“From the beginning I thought OK, he’s been checked, everything has been checked in his entire body,” Frank said. “I was actually not in doubt... I never knew how quick it would take to get up to this level.”

The former Tottenham Hotspur and Inter Milan midfielder put Brentford into the lead with his first goal for the club in the 54th minute when he received a cross from Bryan Mbuemo and calmly lifted it over the onrushing Chelsea goalkeeper Edouard Mendy.

It was the Dane’s third goal in little more than a week after he scored twice for his country in two games during the recent international break.

Some Chelsea fans applauded the Dane during the game, a rare tribute for a visiting player at Stamford Bridge.

Two goals from Vitaly Janelt either side of Eriksen’s and a late fourth from substitute Yoane Wissa rounded off the Bees’ win after Chelsea defender Antonio Rudiger opened the scoring with a shot from more than 30 metres early in the second half. Frank said he was still taking in the scale of the victory.

“Winning here at Stamford Bridge against the European champions, and the world champions, in almost a complete performance, that’s a little bit unreal,” he said.

The feeling was shared by the visiting Brentford fans who celebrated one of the greatest results in the history of their club against their more illustrious west London neighbours. “Champions of Europe? You’re having a laugh!” the Bees’ fans sang as they taunted the Stamford Bridge faithful after their first win over Chelsea in any competition since 1939.

Saturday’s victory pushed Brentford —  who have now won three of their last four games — up into 14th place in the Premier League table.