Honour to be selected best in the world: Wrestler 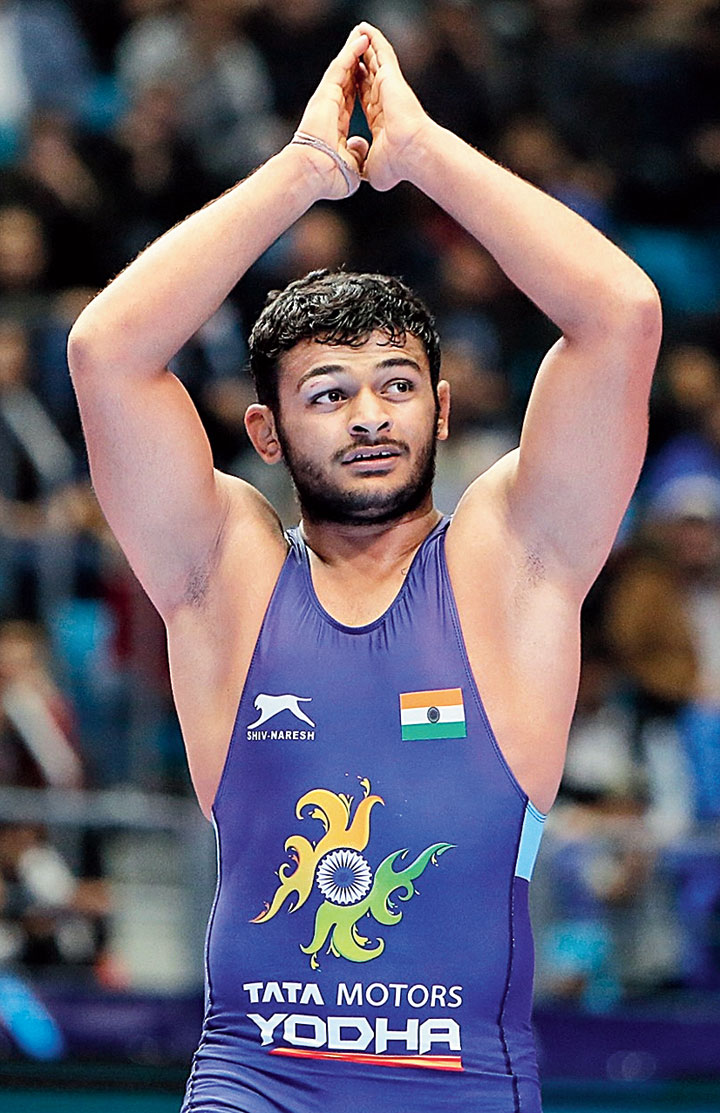 The year, which is on its way out, has been a success story for wrestler Deepak Punia.

He won the gold at the Junior World Championships in Talinn, Estonia, in August, the first Indian wrestler in 18 years to win a junior world title.

Punia then graduated to the senior circuit and bagged a silver on his debut at the World Wrestling Championships in Nur-Sultan, Kazakhstan, in September.

An injury prevented him from participating in the final against Hassan Yazdani of Iran but Punia made it a debut to remember by grabbing a Tokyo Olympics quota in 86kg. The silver also propelled him to the world No.1 rank in the 86kg category.

And now Punia has another feather in his cap. He has been named by the United World Wrestling (UWW), the international governing body for amateur wrestling, as the Junior Wrestler of the Year. So how does this latest accolade feel?

“It was wonderful to get this honour, to be selected the best in the world. More so because it was totally unexpected,” Punia told The Telegraph.

“This is a big inspiration for me to achieve my next target — an Olympic medal.”

Punia, also a 2016 cadet world champion, is working real hard to that end.

“I wake up at 4 every morning and begin practice at 5, which carries on for a good three-and-half hours. Sufficient rest and diet under strict guidance later, my evening schedule begins at 4pm and carries on for another three hours.”

An ankle injury had prevented Punia from taking the mat in the World Championship final. While he was working hard to return to fitness, there was another setback, as he went down with a bout of dengue. But Punia is now back on his feet and practising full-throttle.

“We are beginning extensive training at a camp from Friday. Right now, I am under the guidance of two coaches. My personal coach Virender Kumar, under whose supervision I have been practising for the past six-seven years, looks after my training, diet and everything else. Now I am also receiving specialised training from Murad Gaidarov.”

Belarusian Gaidarov, a 2003 World Championship silver medallist and a silver medal winner at the 2008 Beijing Olympics, was hired by the Wrestling Federation of India with support from Tata Motors.

“I have trained under Gaidarov for a while ahead of the World Championships. He paid special attention to my weak points. We worked together on my ground wrestling and speed work and I am satisfied with the progress that I have made.

“He will join us at the camp on Saturday and I’m looking forward to being with him again.”

Punia needs a little bit of motivation from his peers and coaches to stay focused.

“I do my job earnestly, for sure but a little bit of pep-talk definitely helps,” he says.

And how does he rate his chances in Tokyo?

“I feel I am very close to an Olympic medal,” said a confident Punia. “My hardwork and the prayers and wishes of the people of my country, will, I feel, help me achieve my goal.”