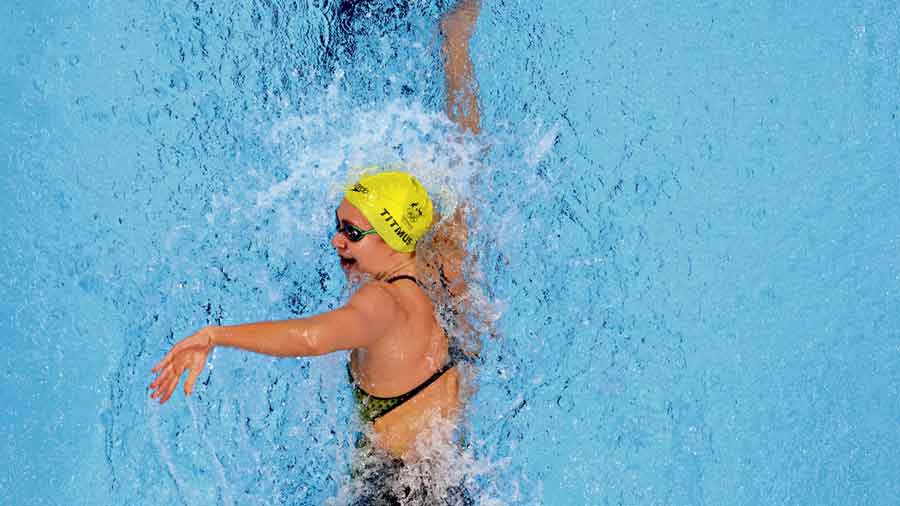 Fina agreed to work towards establishing an “open” category for some events that would ensure all swimmers would have the chance to compete
File Photo
Reuters   |   Published 20.06.22, 07:22 AM

World swimming’s governing body Fina on Sunday voted for new eligibility rules that restrict the participation of transgender athletes in elite women’s competitions. The policy is the strictest from any Olympic sports body and effectively bars any transgender women who have gone through male puberty from competing in women’s events.

Fina also agreed to work towards establishing an “open” category for some events that would ensure all swimmers would have the chance to compete.

The decision means that swimmers such as American Lia Thomas will not be able to compete in world championships or the Olympics. University of Pennsylvania swimmer Thomas became the first transgender NCAA champion in Division I history after winning the women’s 500-yard freestyle earlier this year.

The success of Thomas, who competed on Pennsylvania’s men’s team for three years before transitioning and setting multiple programme records with the women’s team, provoked a wide-ranging debate about the issues of inclusivity and competitive fairness in swimming and sport in general.

Here is the background to Fina’s decision and why this ruling is important to the world of sport:

There have been growing calls from former swimmers and coaches for the governing body to restrict the participation of transgender women in the sport, which intensified after Thomas’s success at the US college championships. Those who campaigned for change argued that people who have gone through male puberty have physical advantages and therefore women’s competition needed to be protected. Supporters of trans participation argue that not enough research has been done into the question of whether trans women have any advantage. Groups such as Athlete Ally have stated that Fina’s new policy is “discriminatory, harmful, unscientific”.

The new Fina policy came out of a working group that had three components — an athlete group, a science and medicine group and a legal and human rights group.

In November, the International Olympic Committee issued a ‘framework’ on the issue, leaving eligibility decisions up to individual sports bodies, but adding that “until evidence determines otherwise, athletes should not be deemed to have an unfair or disproportionate competitive advantage due to their sex variations, physical appearance and/or transgender status”.