Our India U-17 women’s team will be playing in a Fifa tournament for the first time: Kiren Rijiju 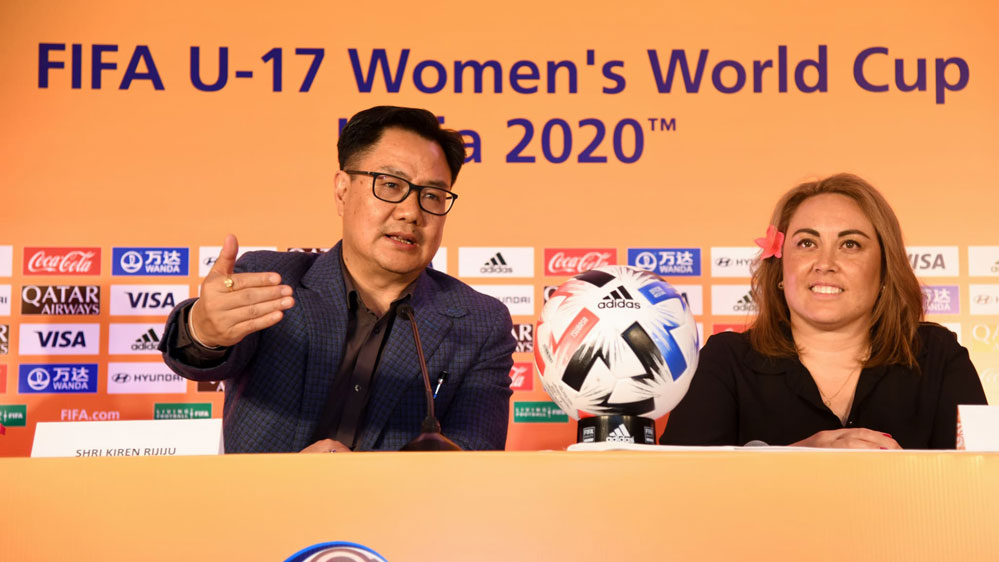 Navi Mumbai will host the final of the Fifa U-17 Women’s World Cup on November 21 for which five host cities, including soccer-mad Calcutta, were unveiled on Tuesday by the organising committee.

Ahmedabad, Bhubaneswar, Guwahati, Calcutta and Navi Mumbai will play host to 16 teams which will compete across 32 matches to lift the coveted trophy.

“As India prepares to host yet another Fifa event, I look forward to the support from the whole country in making this tournament a rousing success. Our India U-17 women’s team will be playing in a Fifa tournament for the first time. It is a proud moment for the nation and we will provide all possible support to ensure its success,” said sports minister Kiren Rijiju at the launch event here.

Group stage matches will be played in Ahmedabad, Bhubaneswar, Guwahati and Calcutta.

Sarai Bareman, Fifa chief women's football officer, said: “Today’s announcement of the match schedule, host cities and official slogan for the Fifa U-17 Women’s World Cup India 2020 represents a major moment for the tournament and football fans across India and around the world.”