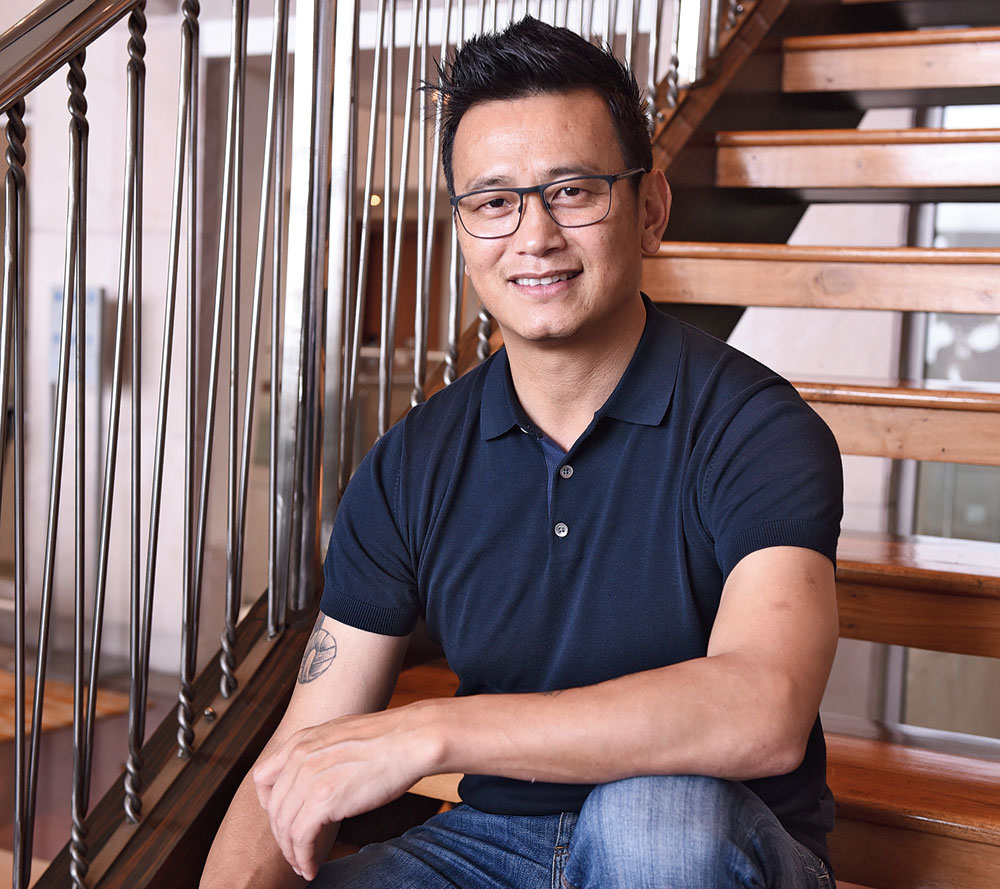 Bundesliga on Saturday became first major European league to press the restart button since football was suspended because of the coronavirus pandemic.

Behind closed doors, without the main protagonist — the fans — the return was bizarre and the feeling eerie.

Bhaichung Bhutia feels even without spectators, the German league, “at least going by the reactions around the world”, has hit the jackpot.

“We are obsessed with English Premier League and Spanish League. But on Saturday, within 25 minutes of the kick-off (Borussia Dortmund versus Schalke 04), the inbox was flooded with memes. That means people, starved of live action, were waiting for the restart,” Bhaichung told The Telegraph on Sunday afternoon.

The Indian football season has ended and Indian Super League or I-League would not start before November. “If the virus-induced regulations continue and closed-door football becomes the new normal, then soon we will be accustomed to watching matches on television only.

“Indian football would have got a boost if ISL or I-League were the only league being played now. Yes, without fans, football is nothing, but at least the world would have been curious about our football.

“I do not think six months down the line it would matter whether we are playing with or without fans,” Bhaichung said.

Prabir Das played a major role in ATK’s ISL VI triumph and was part of the final where ATK defeated Chennaiyin FC 3-1 on March 14. It was behind closed doors at the Jawaharlal Nehru Stadium in Fatorda.

He saw the highlights of the Bundesliga matches on Saturday but did not like the idea of football without fans. “There is no fun.

“I played the ISL VI final in an empty stadium and missed the crowd badly. If closed-door matches become the trend, I shudder to think what would happen when ATK-Mohun Bagan play.

“We are looking forward to a huge number of fans rooting for us. If they are not allowed to enter the stadium, it will be a dampener. I know the safety measures are being taken to keep the virus at bay, but we footballers are nothing without fans,” he said.

Karim Bencharifa, the former Mohun Bagan, coach feels football should not have started. “When a company head says that if we do not lift the lockdown we would die, he says it from the business point of view. But what happens when you catch the virus and die? That’s about life and death.

“To me, life comes first. Even if there is one per cent chance of getting infected, we should not restart. I saw the Dortmund versus Schalke match, and Schalke being one of the big teams of German football looked completely out of sorts. I think Bundesliga started a little too early,” Bencharifa said from Rabat.

Former India player Rennedy Singh termed German football league (DFL)’s decision as bold. “It’s a courageous move. England, Spain and Italy will be watching the developments in Germany very closely and then decide when to set the ball rolling.

“I feel bad for the fans, but it’s a win-win situation for the broadcasters. Just imagine a Calcutta Derby behind closed doors. The situation is such, so how can you allow fans in the stadium?”

Agrees Kerala Blasters assistant coach Ishfaq Ahmed. “Around 56,000 jobs were at stake in German football. They had no choice but to restart. I agree without spectators it’s like a practice match.”

Ishfaq had played a Derby in early 2013 where due to high ticket prices the turnout was very low. “I was in East Bengal. I must say feel of the Derby was missing.”

So fan-less football will be the new order? “Till we find a vaccine,” says Rennedy.