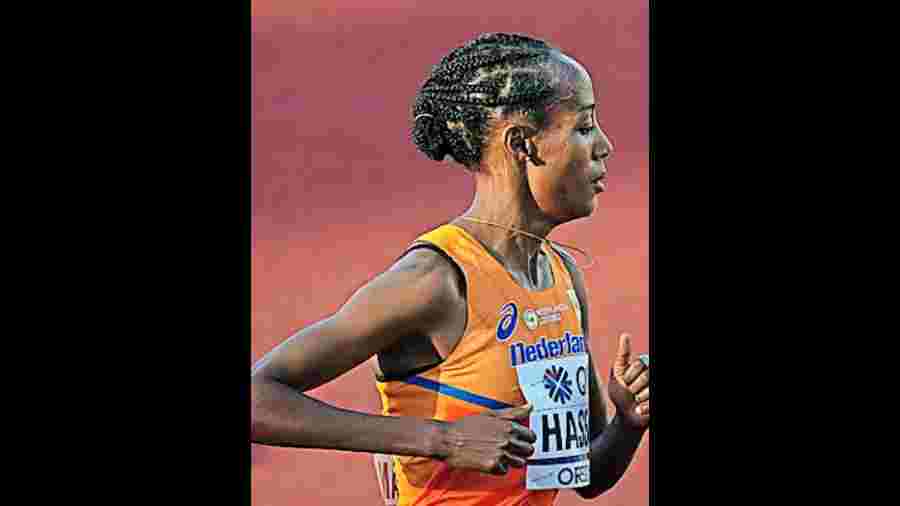 Double Olympic champion Sifan Hassan says she learnt a valuable lesson at the World Championships after failing to win a medal in both the women’s 5,000 metres and 10,000 metres, which she had won at the Tokyo Olympics last year.

The 29-year-old Dutch athlete had taken time away from the sport after the double triumph in Tokyo — where she also won the bronze medal in the 1,500m — and a lack of training came back to haunt her here. “A person has to train very hard to be able to win. You can’t make it with talent alone, I’ve learnt my lesson,” she told Dutch television after finishing sixth in Saturday’s 5,000 metres final, well behind winner Gudaf Tsegay from Ethiopia.

“I was good but the rest were better,” said Hassan, who felt she could get a medal in the 5,000 metres. “I did everything I could, gave everything, ran smart,” she told reporters, “but in the last 100 metres they were just better.

“I knew this could happen. They are busy all year and I started too late,” added the 29-year-old, who took several months off after her Tokyo triumph to rest her body with an eye on longevity ahead of the next Olympics in Paris in 2024. “It is what it is. I can’t keep saying, if only I’d done this, or done that. I don’t want to make excuses anymore. That doesn’t make me any better.” She will miss the European Championships in Munich next month but will run in several Diamond League meetings this year, she added.