The training session began with head coach Ravi Shastri giving a pep talk to the team members, who stood in a circle at the MCG 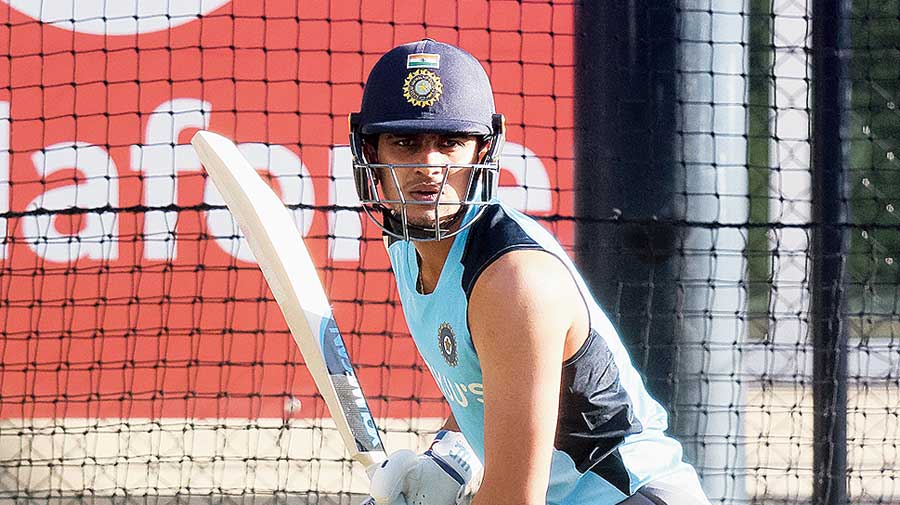 Trying their level best to move on from the embarrassing defeat in the series-opener, Ajinkya Rahane-led India switched their focus to red-ball cricket with Shubman Gill and the rest grinding it out during a net session at the MCG on Wednesday.

Not considered for the first Test in spite of being impressive in the pink-ball warm-up match in Sydney, Shubman looked in good nick as he, along with Mayank Agarwal, honed his skills at nets, which seems to be an indication that the duo could be preferred as India’s opening combination for the second Test starting from Saturday.

Shubman, who has shown a lot of promise so far in first-class cricket, is also in better touch than Prithvi Shaw, who looked clueless at the Adelaide Oval. Selecting Shubman in Shaw’s place, thus, would certainly be a fair call.

Batting coach Vikram Rathour, though, did have a word or two with Shaw during the session.

KL Rahul, who has received the backing from former captains Sunil Gavaskar and Mohammad Azharuddin, and also former India pacer Ashish Nehra for the opening slot, too had a long stint at nets.

What also bodes well for India is all-rounder Ravindra Jadeja having an hour-long spell at the training session during which he bowled to his Saurashtra teammate Cheteshwar Pujara.

Suffering concussion as well as sustaining a hamstring injury that ruled him out of the second and final T20Is and then the first Test, Jadeja has had decent progress in terms of fitness since the start of this week. He again returned for a second stint later in the day, which suggests further improvement in his fitness and brightens his chance of being included in the XI.

With regular captain Virat Kohli on paternity leave and senior pacer Mohammed Shami out injured, India do understand they have an onerous task ahead, especially as far as their batting is concerned. It’s time to regroup now for Rahane and Co. as that’s the way they have to move forward.

The training session began with head coach Ravi Shastri giving a pep talk to the team members, who stood in a circle at the MCG. Shastri also had a chat with Rishabh Pant, who may replace Wriddhiman Saha for the wicketkeeper-batsman’s slot. Pant also batted ahead of Saha at nets.

Batting-wise, Pant looks to be in better form than Saha, who couldn’t score much in the first Test. Yet, a tricky call awaits the Indian team management regarding the wicketkeeper-batsman’s slot, considering Saha’s superiority behind the stumps.

As for the quicks, Mohammed Siraj, Navdeep Saini and Shardul Thakur did a fair amount of bowling to stake claim for the third pacer’s slot.