Advertisement
Home / Sports / Euro 2020: What’s in store for the quarterfinals?

Euro 2020: What’s in store for the quarterfinals? 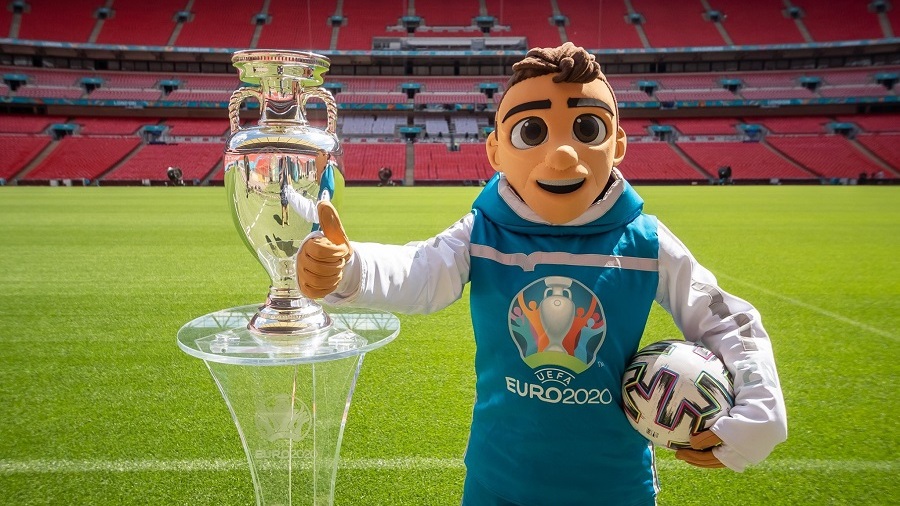 The round of 16 has been harsh on the big names. France were knocked out by an unassuming Switzerland, the Netherlands fell prey to the Czech Republic, after having gone down to them in previous editions of the European Championship as well. Portugal, too, were knocked out by Belgium despite going neck and neck throughout their round of 16 clash against the world no. 1 side.

Among those who’ve made a surprise entry into the last eight are Ukraine and the Swiss. Beating Sweden in the round of 16 has given Andriy Shevchenko’s side the fearless attitude of taking anybody on in the tournament, while Vladimir Petkovic’s men will also look to make the most of the momentum gained after beating 2018 World Cup winners France.

Now that the business end of Euro 2020 is here, let’s break it down for you:

At one end, there's a side that's experienced only four quarter-final appearances in major football tournaments. And at the other, there's Spain, who have won the European Championship three times -- 1964, 2008 and 2012. This will be the first time ever that the two sides will lock horns with each other at the Euros. Vladimir Petkovic's team got the shot in the arm after beating France 5-4 on penalties, while Spain have also found their way back by scoring five goals each in their last two games.

Head to head: Spain have lost only once to Switzerland in their 22 meetings.

Luis Enrique's side, who have peaked at the right time in the tournament, will look to make the most of it, especially after the return of the life of their midfield, captain Sergio Busquets. Switzerland, who fought tooth and nail to knock the 2018 World Cup winners out of the tournament, have never won a quarter-final game. In Euro 2016, they were knocked out by Poland in the round of 16 in the penalty knockout. Now that they're through to the business end, they'll bring everything they have in their arsenal to get to the last four.

Belgium march into the quarterfinals, beating defending champions Portugal, and remaining undefeated in the group stage encounters. They've got the goals, the fire power up front, and also carry the swagger of being the no. 1 side in world football. For Italy, Euro 2020 is the tournament to find their lost glory after failing to qualify for the 2018 World Cup. Italy have solid numbers backing them at the quarterfinals. Under Roberto Mancini, the Azzurri are currently enjoying a 31-match unbeaten streak. And the only goal they conceded in 11 games was against Austria in the round of 16.

Head to head:  Italy have lost only four times in 23 meetings between the two.

In major tournaments, the Azzurri have never lost to the Red Devils, winning three and drawing one. But the Belgium we see today is called the golden generation in the country’s football history. With an overdose of quality in their side with the likes of Romelu Lukaku, Kevin De Bruyne, Axel Witsel, Eden Hazard and Jan Vertonghen, coach Roberto Martinez will know that the time to go for the kill is now.

Czech Republic spoiled the much-awaited return of the Netherlands to international football in the round of 16. Not that they hadn't gatecrashed the Oranje party in the past -- denying them a Euro 2016 qualification and also beating them in the group stage of Euro 2004. Denmark, who bounced back from an emotionally draining start to the European Championship, courtesy Christian Eriksen's on-field collapse, will make every move on the field count.

Head to head: In their 12 meetings in football history, the Czechs have won thrice, and the Danes twice.

The Czechs and Denmark have had a similar run in Euro 2020. Not enjoying a great run in the group stages, but then eventually taking centre stage by convincing wins in the round of 16. While the Czechs have the Patrik Schik wonder goal to constantly seek inspiration from, Denmark have the distinction of being the first team in Euro history to win two consecutive games by scoring four goals in both games.

The Three Lions are in seventh heaven after knocking out historic rivals Germany at Wembley Stadium. Well, Ukraine aren’t falling short of confidence either, after qualifying for their first ever Euro quarterfinals on Wednesday. The numbers are against Ukraine, with England winning six of their seven meetings in all competitions, but their coach Andiry Shevchenko isn’t really losing sleep over facing Harry Kane and company. “Will have no fear against England,” he said after beating Sweden.

Head to head: Out of the eight encounters, England have won four times, drawn three and lost once.

This is clearly a match between a fearless Ukraine who have nothing to lose, and will not stop short of playing aggressive football. But for England, who play away from home for the first time in this edition, it will be a test of temperament. The Ukrainians will look to unsettle the English, and who knows what’s in store. While the English fans shout “It’s coming home”, the Three Lions will constantly dream of their first ever Euro title on July 12 at Wembley Stadium.