England fans need no reminder, however, that their team have lost four major semi-finals since Alf Ramsey’s team’s title 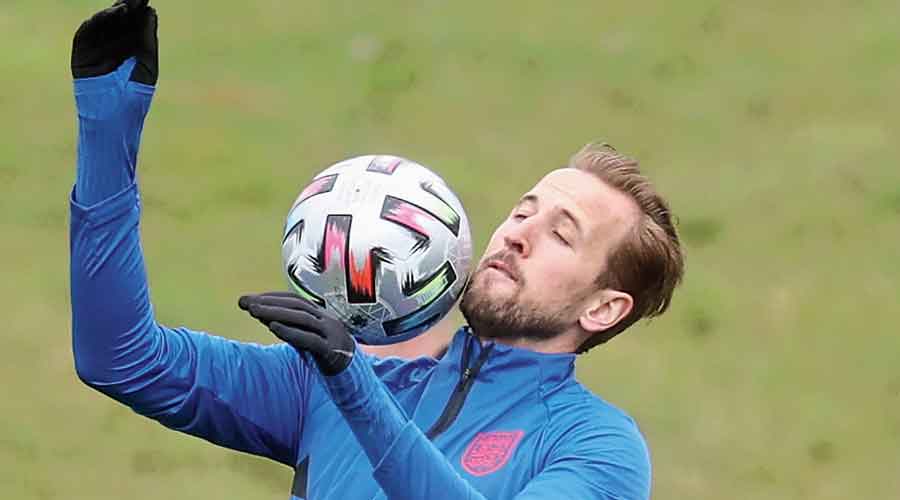 Harry Kane has prepared England’s players for the biggest week of their careers by urging them to seize a once-in-a-lifetime opportunity to win a major tournament on home soil.

The captain of the Three Lions also highlighted the power of Wembley as being crucial to hopes of beating Denmark in the semi-final of Euro 2020 on Wednesday and going on to lift the trophy.

Kane, 27, cited the presence of 60,000 supporters as bringing “added motivation” for Gareth Southgate’s squad as they look to emulate the World Cup win in 1966.

England fans need no reminder, however, that their team have lost four major semi-finals since Alf Ramsey’s team’s title.

Southgate has been keen to keep the burden of history out of his team’s thinking. If he needs a way to bring his players back down to earth before the semi-final, he does not have to look back far for a warning against complacency.

An England side containing 10 of the current squad faced Denmark at Wembley in October in a Nations League match and lost 1-0 to a Christian Eriksen penalty.

Eriksen, who is recovering from the shocking cardiac episode he suffered as he collapsed in Denmark’s opening Euro game, will not feature at Wembley of course.

But Kasper Hjulmand’s side, which beat the Czech Republic 2-1 in their quarter-final, will be largely the same as the one which left London with three points nine months ago.

Kane did not play down what was at stake as he targeted replicating last week’s victory over Germany, which left those inside Wembley ecstatic.

“To think there is going to be another 20,000 people in there, it is an added motivation,” Kane said. “It’s going to be an experience that we probably won’t have as players again, unless we have a home tournament for the younger boys.

“For me and a few of the older, more experienced ones it will be the last chance to play a major tournament game at Wembley. What an opportunity. Hopefully we can win and have similar scenes to what we had against Germany.”

Kane has scored three goals in his past two matches and is primed for a defining game with Denmark as he and his teammates look to join the select group of players who have won silverware with England.

“It would mean everything,” he said. “I’ve always said winning a trophy with England would always surpass anything at club level, in my opinion.”

Kane’s comments on the Wembley crowd were endorsed by Harry Maguire.

“Wembley’s our home,” he said. “I said after Germany that it really felt like football was back. It’s what football deserves. That atmosphere. We’re on this journey together as players, staff and fans — and they’re right behind us.”

England will be overwhelming favourites in their Euro 2020 semi-final against Denmark at Wembley.

But the Danes are no pushovers. Sudipto Gupta looks at three on-field contests that will be key for the outcome of the game.

Kane has rediscovered his scoring boots in the last two games. He was ruthless in the quarter final against Ukraine almost netting a hat-trick. Dolberg, Denmark’s “Iceman”, has already got three goals and can prove to be a handful.

Shaw and Maehle, the two left wing-backs, have been in fine form. Shaw has also been at his attacking best, delivering three assists. Maehle’s runs down the flanks have been equally impressive and he has got two goals and an assist to show.

Pickford has not been tested much in this edition as the England defenders have only allowed their opponents two shots on goal per game on average. Kasper, on the other hand, is attempting to emulate his dad, Peter, by helping Denmark script a fairy-tale Euro triumph. Skill-wise there is little to choose between the two ’keepers.