The Swiss register their first ever knockout stage victory at a tournament since 1938; La Roja beat the Blazers in a match that stretched into extra time 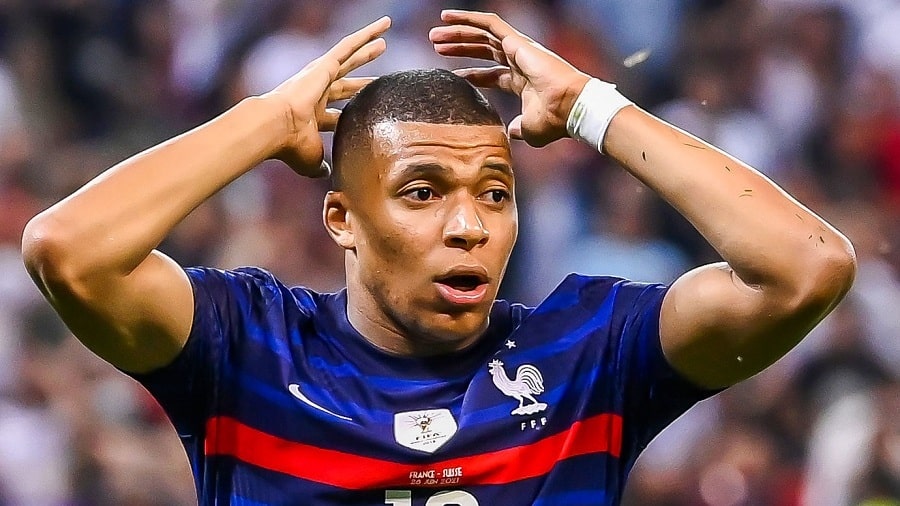 2018 World Cup champions France are knocked out of Euro 2020 by Switzerland. Let that sink in.

The Swiss, who've made it to the last eight of a tournament for the first time since the 1954 World Cup, beat Les Bleus 5-4 on penalties in the round of 16 match in Bucharest. In what was an unforgettable night for Vladimir Petkovic and his side, France lost the match from a 3-1 advantage, as Switzerland bounced back with two goals in the dying minutes to force extra time and eventually penalties. It was Switzerland's first knockout stage victory at a tournament since 1938.

Karim Benzema scored twice and Paul Pogba once to set up France for the quarterfinals with a comfortable lead. But then Haris Seferovic scored the second Swiss goal, and Mario Gavranovic followed suit to let the match hang in the balance at the end of 90 minutes.

After a goalless extra time, Kylian Mbappe fumbled in the penalty shootout to hand Switzerland a historic win.

“Honestly I am still in shock. We showed courage, heart, we left everything out there. When you come back from two goals down against the world champions it is just unbelievable, and then to win on penalties, I could not be prouder of the way we did it,” Switzerland goalkeeper Yann Sommer, who saved the decisive Mbappe penalty, said after the match.

“It's amazing. We made history tonight and we are all very proud. We wrote the history of this footballing nation. Now we have Spain in the quarters. It will be difficult but we are dreaming now,” Granit Xhaka, who was the Star of the Match, told reporters after the game.

Switzerland will now face Spain on July 2 in the quarterfinals at the Krestovsky Stadium.

RESULT: Switzerland through to quarter-finals after thrilling shoot-out!

Spain striker Alvaro Morata enjoyed sweet redemption by helping fire his side to a 5-3 win over Croatia after extra-time to reach the quarter finals of Euro 2020 in what was a goal fest. La Roja have now become the only side to score five goals in two successive matches at Euro 2020.

Luis Enrique’s side fell behind in the first half to a Pedri own goal from near the halfway line after an incredible error from goalkeeper Unai Simon but they looked on their way to a comfortable victory with goals from Pablo Sarabia, Cesar Azpilicueta and Ferran Torres. Yet Croatia staged an unthinkable comeback with goals from Mislav Orsic in the 85th minute and a Mario Pasalic header in added time to force extra time.

Spain showed tremendous character though and prevailed, thanks to Morata’s superb strike in the 100th minute and a goal from Mikel Oyarzabal in the 103rd.

Spain celebrated a first knockout win in a major tournament since winning Euro 2012. Croatia head home with their heads held high but are still waiting to win a knockout game at the Euros. Spain captain Sergio Busquets, who returned to the squad after suffering from the coronavirus, said, “To get to the quarter-finals is an indication that we're a good team. We were very good today, very intense, well prepared and we beat a very, very difficult rival. We are growing throughout the tournament.”

Morata has been the centre of attention of Spain’s campaign amid inconsistent performances and criticism from his own supporters, which took an ugly turn during last week’s 5-0 win over Slovakia. His wife and children were threatened by supporters in Seville and he complained of facing death threats before the game, prompting coach Luis Enrique to urge police action.