Sweden make it to their first knockouts stage since 2004; Germany scrape through after Hungary draw; Portugal captain now has 109 international goals to his name 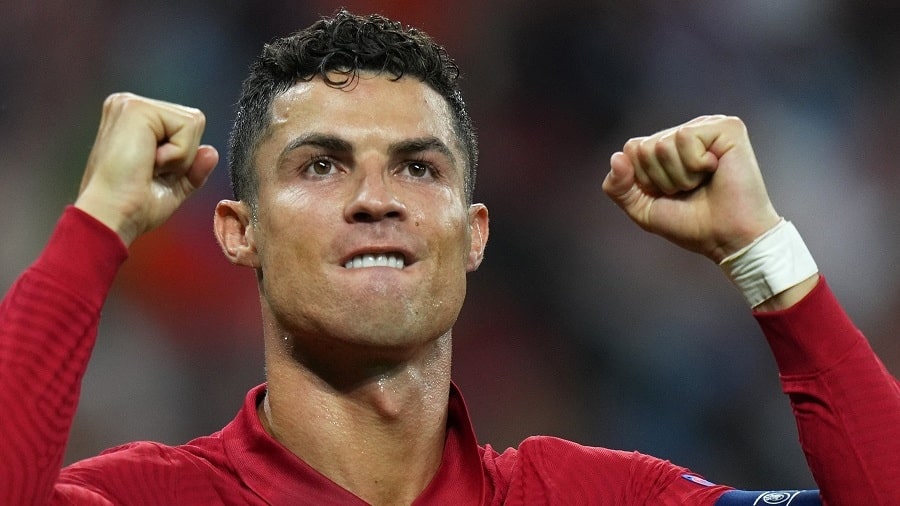 Cristiano Ronaldo ensured he remained the cynosure of all eyes by scoring twice in a high-voltage group stage clash versus 2018 World Cup champions France. With that, the Portugal captain equalled Ali Daei's record of most international goals in men’s football. Karim Benzema, who has returned to the national fold after five years, also scored his first Euro 2020 goals for France. In other news, Spain found their golden touch in a 5-0 rout of Slovakia, which saw an emotional return of Sergio Busquets. Germany can’t thank Leon Goretzka enough for scoring the equaliser six minutes before full-time to salvage a draw versus Hungary, and more importantly, avoid a shock exit from the tournament.

Portugal bounced back from their 4-2 thrashing against Germany, with captain Ronaldo scoring from two penalties to ensure their passage into the round of 16.  CR7 wasn't the only attraction, as Karim Benzema found his touch back with two goals for Les Bleus, after five years of exile from international football. The match ended in a 2-2- draw. “I never doubted myself, but I knew there were expectations of me from the country. I managed to score and I’m going to savour it with everybody,” Benzema told reporters after the game.

Ronaldo’s international goals tally now stands at 109, equalling Iran’s Ali Daei. The Juventus main man has now become the first Portuguese player to score in three group stage matches of a European Championship. The defendings champions now face Belgium in the round of 16. “What I really liked was the team’s collective behaviour. When I was asked what we had to do that was different from the game against Germany and I said it was to be like ourselves. We were strong, consistent, with a great spirit. We can continue to improve. In the second half we didn't start well but we regrouped,” coach Fernando Santos said.

After decimating Portugal in their last match, the Germans were reduced to gasping for breath against a spirited Hungary at the Ferenc Puskas Stadium. But a Leon Goretzka strike in the 84th minute saved Joachim Low's side from an early exit. As expected, Adam Szalai took charge for the home team and opened the scoring in the 11th minute, and the visitors equalised when Kai Havertz headed one in from close range in the 66th. But Hungary were hungry for goals, as András Schäfer scored barely 91 seconds after the Havertz equaliser. “I'm very proud that we performed the way we did, but I’m disappointed at falling short. We’ve played ever so well. We can’t complain; we’re proud of how we’ve played. I think we’re on a really good path. We’ve made it very difficult for three exceedingly tough opponents,” said Hungarian winger Roland Sallai.

Germany next face England at the Wembley Stadium on June 29. Joachim Low, who will step down as head coach after the tournament, said, “Hungary played with ten men in their own half and they had nothing to lose. It's great that we got through in this tough group. Now we can look forward to a match against England.”

Spain were yet to register a win in Euro 2020, and they did so in epic fashion, demolishing Slovakia 5-0. La Roja, who will now face Croatia in the knockouts stage, got the much-needed shot in the arm with the return of captain Sergio Busquets. Spain’s change of fortunes was supported by two Slovakian own goals -- one by goalkeeper Martin Dubravka (30') and the other by midfielder Juraj Kucka in the 71st minute. The three La Roja goals were scored by Ferran Torres, Aymeric Laporte and Pablo Sarabia. Luis Enrique's side managed to finish second in the Group E standings because Sweden beat Poland (3-2) in what was a dramatic encounter.

“Not every single thing came off for us but I'm satisfied because we made the fans enjoy themselves and my players are very happy with what they did. The atmosphere was superb and we now can't wait for the next match. I warned everyone that when the cork was out of the bottle the champagne would flow and that's what happened here. But we have things to improve, for sure,” Enrique said after the match.

Looking back at the first own goal that gave La Roja a window to run riot, Dubravka said, “The first goal was my fault. I will be regret this for a long time, but it's happened. Then came the second and it was tough for us to the end of the game. Spain that controlled the game much more easily after that.”

Sweden in knockouts after 17 years

Sweden had last qualified for the knockout stages of the European Championship in 2004. Before taking the field versus Poland at Saint Petersburg, the Swedes were assured of a last-16 berth, but they still wanted to reign supreme in Group E. But securing the top berth wasn’t easy with Robert Lewandowski standing tall at the other end. The two goals for the Poles came via Lewa in the 61st and 84th minute. “We're sad and disappointed. Maybe we were lacking quality somehow, but we gave all we had. We've been unlucky at this tournament. We had many chances to score but didn't convert enough of them,” said the Bayern Munich striker.

An Emil Forsberg double and a Viktor Claesson strike in the dying minutes of the game sent Poland out of the tournament. Sweden won 3-2. Andersson's side next face Ukraine on Wednesday, and the coach will have to rethink his strategy. “[Forsberg]'s a bit calmer as a person. He's said himself that he feels more harmonious, and he's been better on the pitch. He's always been good with the national team, and it's great he can be the decisive factor for us. Overall we defended well, although in the second half we defended a little too deep. We'll have to look at the game again, analyse it, and see what we can do better,” he said after the game.