Empty Anfield only regret for Guardiola 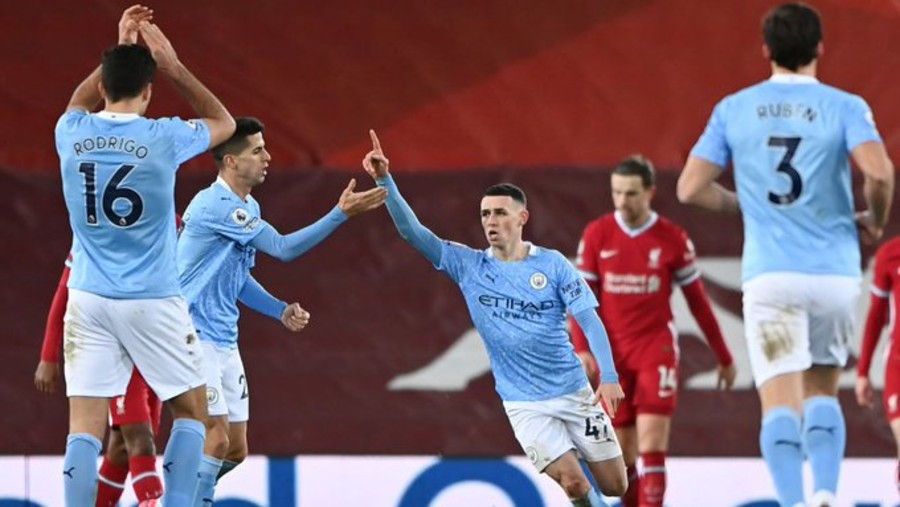 Manchester City have had to wait since 2003 for a victory at Anfield and the only thing that took the gloss off their 4-1 win on Sunday for manager Pep Guardiola was that there were no fans in the stadium to witness it.

“For many years we were not able to win here, hopefully next time we can do it with people,” Guardiola said.

“Anfield is so intimidating. Anfield is always impressive but with people it is much more.”

Ilkay Gundogan scored twice while Raheem Sterling and Phil Foden were also on target as City made it 10 Premier League wins in a row and 14 straight wins in all competitions. It put them five points above second-placed Manchester United with a game in hand and 10 above champions Liverpool who are in fourth place having also played a game more.

“Huge victory for us. Three more points at the end but I take into consideration the fact we won after we missed a penalty and conceded a goal but the way we reacted... that made the difference,” Guardiola said, referring to Gundogan’s first-half penalty fired over the crossbar.

Chelsea’s new German coach Thomas Tuchel heaped praise on compatriot Timo Werner who played a big part in both goals in a 2-1 away win at Sheffield United on Sunday. Mason Mount and Jorginho scored for the winners.

“This was a big step forward,” Tuchel said. “He won the decisive penalty against Tottenham (last week) and today (Sunday) again, and the first goal was an amazing run and assist.”