Advertisement
Home / Sports / East Bengal in talks with Manchester United and others for ownership: Ganguly

East Bengal in talks with Manchester United and others for ownership: Ganguly 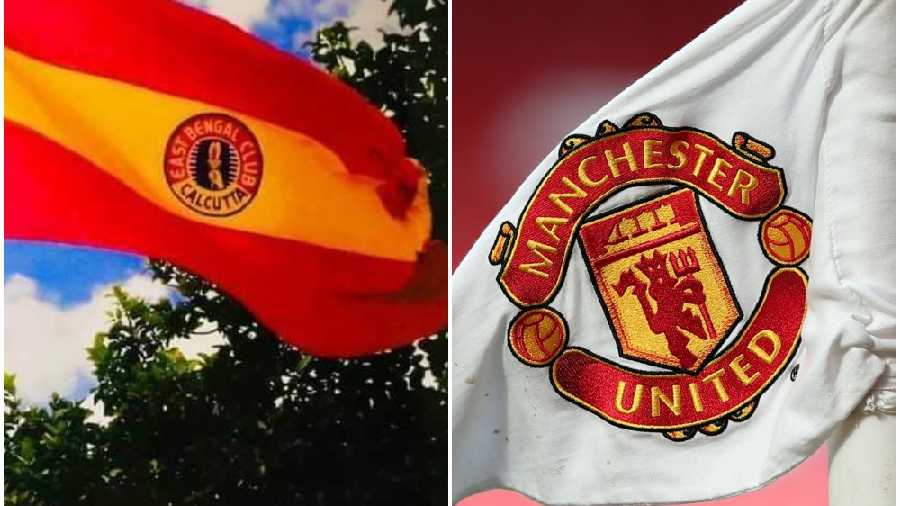 In what could be a game-changing move for the struggling East Bengal, EPL giants Manchester United may end up taking the ownership of one of oldest football clubs in the country.

BCCI President and former India captain Sourav Ganguly, who is facilitating the deal, told media that negotiations are on with the 'Red Devils' and a few others and a clear picture will emerge in about two weeks.

East Bengal were also talking with with Bangladesh-based conglomerate Bashundhara Group but it did not lead to any deal.

Breaking silence on the issue for the first time, Ganguly on Tuesday, said, "Yes we have spoken to them and others also. It will take 10-12 more days to know who will be the entity.

Asked whether the European football giants are coming as an investor, the Indian cricket icon said: "No-no (they are coming) as an owner."

Ganguly however refused to delve further into it.

"It takes some time. First, let it reach a stage then we will make a comment. I will speak only after there's a concrete development," Ganguly said.

Ganguly spoke on the sidelines of a promotional event related to Cycle Pure Agarbathites.

Struggling with off-the-field issues, the century-old Kolkata giants have struggled to keep their ties with the investors intact in recent times that have reflected in poor results.

First it was Bengaluru-based Quess Corp, who exited after a two-year association despite a three-year agreement, jeopardising their ISL entry.

Just when they failed to rope in any investor, West Bengal chief minister Mamata Banerjee came to their rescue with a pact with Shree Cement Ltd as they made last-minute entry into the ISL 2020-21.

The cement conglomerate bought a majority stake of 76 per cent to help them enter ISL and follow their bitter rivals Mohun Bagan who merged with ATK the same season.

But East Bengal's association did not go off well as their executive committee refused to sign the final agreement, claiming discrepancies in the initial term.

SC East Bengal hired Liverpool legend Robbie Fowler but due to poor planning and lack of preparation they finished a lowly ninth in their maiden ISL season with nine losses, eight draws and just three wins.

It was once again at the behest of Mamata Banerjee, Shree Cement had agreed to continue in the last ISL edition where it went worse as they finished bottom of the table with just one win from 20 matches which included 11 losses and eight draws.