Coach to coach: Hats off

According to Mario, Kibu is an example that one does not have to be a famous footballer to be a good coach 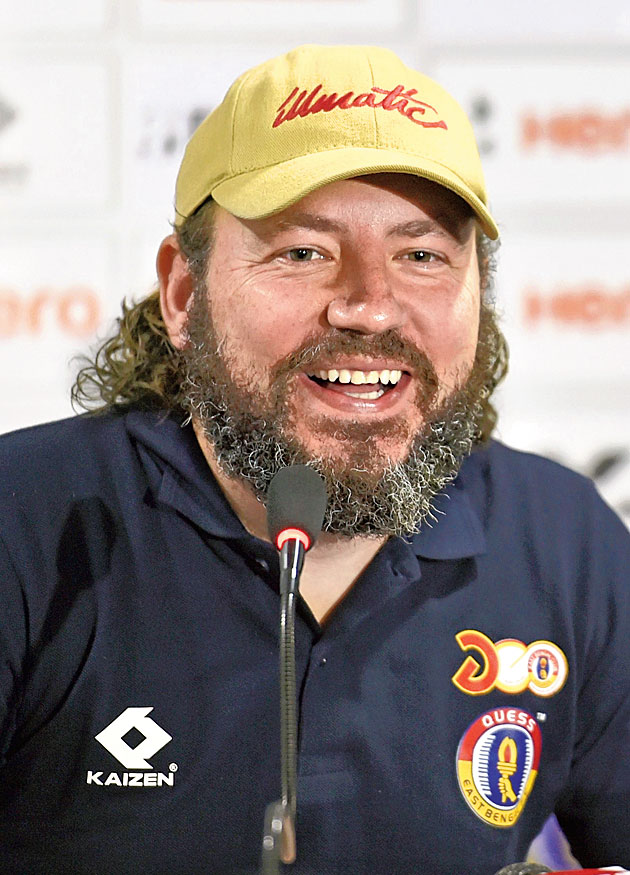 The league committee of the All India Football Federation (AIFF) on Saturday, while concluding the 2019-20 season, recommended to the executive committee that Mohun Bagan be declared I-League champions.

At the time when the I-League was stopped in mid-March, due to the coronavirus pandemic, the green-and-maroon brigade had already logged an insurmountable 39 points from 16 matches.

“A great achievement by Mohun Bagan… No doubt about it. And full marks to Kibu for masterminding this triumph. A coach’s role is very important in a team’s development. Kibu is a good coach, a very good person and was very well prepared. He has a passion for the job and that showed in the way he marshalled his resources,” Mario told The Telegraph on Sunday afternoon.

According to Mario, Kibu had proved that you did not have to be a famous footballer to be a good coach.

“I’m happy for him because he is not a former player. He has showed everyone in India that you don’t have to be a former player to be a very good coach.

“Remember, Mohun Bagan had a disastrous 2018-19 season. And it’s always difficult for a coach to take over a team which did not have good last season. Credit should also be given to the Bagan officials who had confidence in their coach and trusted his decisions. To me that’s the basic. If you want to have a successful season you have to trust your coach.”

Mohun Bagan began the I-League in a disastrous fashion playing out a goalless draw at Aizawl FC. It was followed by a 2-4 drubbing at the hands of Churchill Brothers at home. But a 4-0 win against TRAU FC in Kalyani and 2-0 triumph at Real Kashmir FC set the tone for a complete domination of the league. Such was the invincibility that they did not lose a single match in the next 14 rounds.

“When a team wins with four ties to spare, that means others were not up to the mark. It’s as simple as that,” Mario said.

The man, who was East Bengal’s assistant coach in 2018-19, said the secret to the new I-League winners’ success was consistency.

“Also they were very effective in set-pieces. The foreigners had a brilliant league and Kibu did not have to worry much about injuries. That’s the only way I can sum up the difference between Bagan and other teams.”

Mario took over as the head coach after Alejandro Menendez Garcia parted ways with the red-and-gold brigade after the January 19th Derby debacle.

“If you ask me, I think we lost the League in the first leg itself. By the time the second leg began, we could not reduce the margin. The second leg of the Derby also could not be played due to the pandemic,” the Spaniard said.

Mohun Bagan conceded a measly 13 goals in 16 rounds which was a huge thing. When asked whether team wins a league because of a good attack or a compact defence, Mario put his money on the back-four and the goalkeeper. “The common perception is that to win a league you need a good defence as well as a vibrant attack. But if you me, without a good defence it is impossible to win a title. People always think forwards win matches. But in reality, defenders are the ones who make sure you do not concede.”