Decision comes amid speculation of retirement 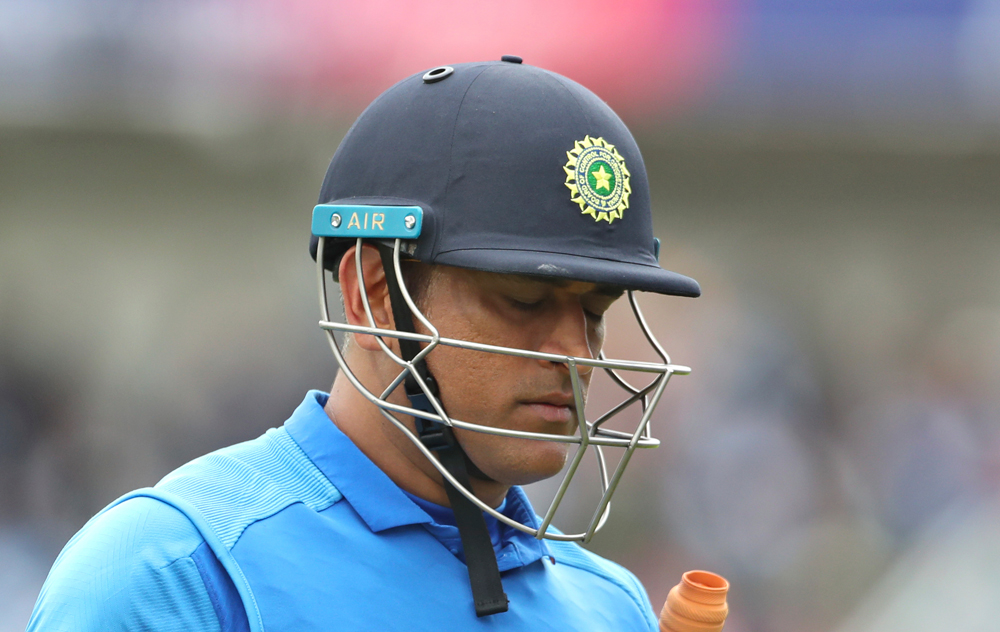 Former India captain Mahendra Singh Dhoni on Saturday made himself “unavailable” for the tour of West Indies but ruled out immediate retirement a day before the selectors meet in Mumbai to pick the squads for the upcoming away series.

Amid speculation around his international retirement after India’s semi-final exit from the recent World Cup, Dhoni has told the BCCI that he will take a two-month sabbatical from the game to serve his paramilitary regiment.

Dhoni is an honorary lieutenant colonel in the Parachute Regiment of the Territorial Army.

“We would like to clarify three things. M.S. Dhoni is not retiring from cricket right now. He is taking a two-month sabbatical to serve his paramilitary regiment which he had committed much earlier. We have now intimated his decision to skipper Virat Kohli and chairman of selectors M.S.K. Prasad,” a senior BCCI official told PTI on Saturday.

The 38-year-old Dhoni’s refusal to take retirement now leaves the ball in the court of the selectors, who were expected to drop him from the squad for the West Indies. India will play three T20Is, as many ODIs and two Tests in the tour starting August 3.

It is believed that the selection committee chaired by Prasad wants to move forward with an eye on the future but they would also like to get a sense of where the Indian captain stands on this issue.

“The selection committee has always been clear on one issue. They have no right to tell anyone irrespective of their stature as to when they should call it quits but when it comes to team selection, it remains their domain,” a senior BCCI official said.

With Dhoni pulling out of the tour, Rishabh Pant is expected to be first wicketkeeper in all three formats while Wriddhiman Saha will be Pant's understudy in the Tests.

From now, the focus will be more on T20 cricket keeping the World T20 in mind, which is scheduled to be held in Australia next year.

India will be playing a lot of bilateral three-match T20 series in the run-up to the global meet and with Dhoni expected to play one more season of IPL with Chennai Super Kings, things are a bit tricky at the moment.

There are a few questions that the selectors need to answer.

Whether they see Dhoni playing till World T20? If the answer is yes, are they willing to give him 15 to 18 T20s during the phase as a keeper-batsman?

If that answer is also yes, it would boil down to whether skipper Virat Kohli sees him as a batsman in T20s where keeping isn't the primary skill required.

With Dhoni's ever-declining hitting abilities, can he come in at Nos. 6 or 7 where he might, at best, get six to eight balls in most games and even less in some?

If that answer is also yes, the next question that would crop up is if he can hit the likes of Jofra Archer, Jason Behrendorff or Mohammed Amir straightaway in the slog overs.

There is a case about Dhoni's stellar success in death overs at the IPL. He always gets one weak Indian bowler — say a Mohammed Siraj, Harshal Patel, Dhawal Kulkarni or Sandeep Sharma from whom he scores those 15 to 20-run overs.

But would that be possible against a Lockie Ferguson or a Pat Cummins?

The current selection committee's term ends in October when the BCCI elections are scheduled and they would like to put a transition phase in place in consonance with what the captain and the coach want.

However, once the board members take over after the elections and if Dhoni decides to stick with his decision of not retiring, there could be some twists and turns in the coming months.

Till then, all roads lead to the BCCI headquarters on Sunday where Prasad will address the most defining press conference of his eventful tenure.