Advertisement
Home / Sports / Dhawan is out for at least 3 weeks

Dhawan is out for at least 3 weeks 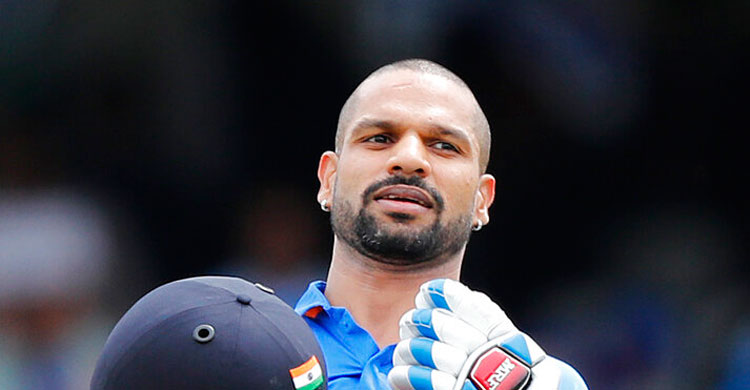 A hairline fracture on Shikhar Dhawan’s left hand had the Indian team management worried for most of Tuesday before they decided to keep him “under observation” for sometime.

The statement, circulated on the BCCI media’s WhatsApp group, didn’t specify the nature of injury and the timeframe.The lack of transparency on the part of the Board is not surprising though.

“Team India opening batsman Mr Shikhar Dhawan is presently under the observation of the BCCI medical team. The team management has decided that Mr Dhawan will continue to be in England and his progress will be monitored,” the statement said.

“Mr Dhawan sustained an injury on the back of his left hand in the region between the index finger and thumb during the CWC 2019 league match against Australia.”

It was learnt that no replacement has been sought and, since Dhawan is a proven match-winner, the team management will monitor his progress and seek necessary medical advice.

Given the nature of his injury, it is expected that Dhawan will take around three weeks to attain full fitness.

Dhawan accompanied by physio Patrick Farhart met a specialist in Leeds on Tuesday morning and the decision to not seek a replacement has been based on his observation.

Dhawan may also seek fresh medical advice once the team travels to Manchester for the match against Pakistan on Sunday.

There’s no doubt the team management has taken a huge risk by deciding not to seek a replacement. There’s no guarantee that Dhawan will be match fit once the fracture heals after three weeks.

Assuming he’s ready to play after three weeks, Dhawan will be available for the match against Sri Lanka on July 6 at Leeds and the knockout stages.

Dhawan was hit by a Pat Cummins delivery early in the innings on Sunday. After receiving treatment on the ground, he batted through pain during his 117 off 109 balls. He, however, didn’t field with Ravindra Jadeja taking his place.

It is most likely that Lokesh Rahul will open with Rohit Sharma, with Vijay Shankar coming in at No.4 against New Zealand on Thursday.

Dhawan has always excelled in ICC tournaments. He was India’s top scorer in the 2013 and 2017 Champions Trophy and the 2015 World Cup. Dhawan’s century against Australia on Sunday showed that he is in fine form this time too.

If Dhawan’s injury blow wasn’t bad enough, the weather too seems to be playing its part. It has been raining here almost incessantly since Monday and the forecast is for more rain for the next two days.

The pitch has been covered since Sunday evening but the probability of an abandoned match or a washout can’t be ruled out. Splitting points early in the tournament does hamper a side’s chances of making it to the semi-finals.

The Indians even cancelled their scheduled practice session in the afternoon. The New Zealand team though had their net session indoors.