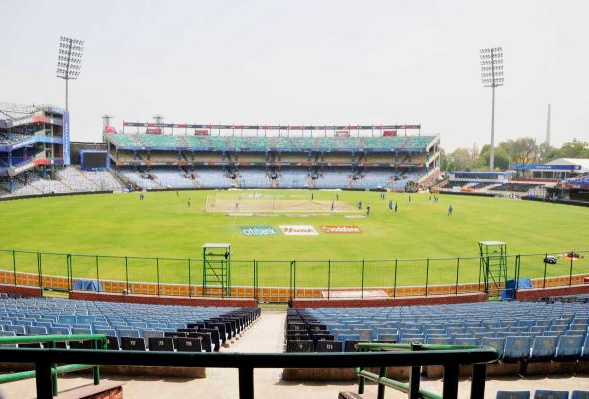 There was not much excitement regarding the India versus Australia ODI at the Kotla till a few days ago.

The result in Mohali on Sunday, however, has changed things. With the series locked at 2-2, there’s a major rise in interest for the decider in the capital.

On Monday, both India and Australia teams reached the city in the afternoon but did not go for practice.

While the Australians attended a party hosted by Australian High Commissioner to India Harinder Sidhu, the Indian team attended a dinner hosted by Mohammed Shami at his home in the national capital region (NCR).

Local officials are expectedly happy, being confident about having a full house for the concluding game.

Though the tickets for the stands around the old pavilion end could not be sold because of a court order, the Delhi and District Cricket Association (DDCA) officials feel the ticket sales could still cross Rs 3 crore.

“Never before in recent history at the Kotla did ticket sales cross such an amount. The reason behind this is that the free flow of free passes has been greatly reduced. We are following the court order strictly in this matter,” an official said.

The plan, however, had to be shelved after the Board of Control for Cricket in India (BCCI) advised them not to have any such function when the nation is mourning the death of security personnel killed in terror attack in Pulwama last month.

Instead, the DDCA has decided to donate Rs 10 lakh to Delhi Police’s Martyrs Fund.

“We had plans to felicitate Sehwag, Gambhir and Kohli but we decided against it since BCCI is also not having an opening ceremony for the IPL,” a senior DDCA official said.

The match on Wednesday would be the season’s final outing in the capital and it remains to be seen how the pitch behaves, especially in a Day-Night affair.

The dew factor brought trouble for the hosts in Mohali and the weather could be no different here.

No wonder then that Kohli and Co. are keeping their fingers crossed.