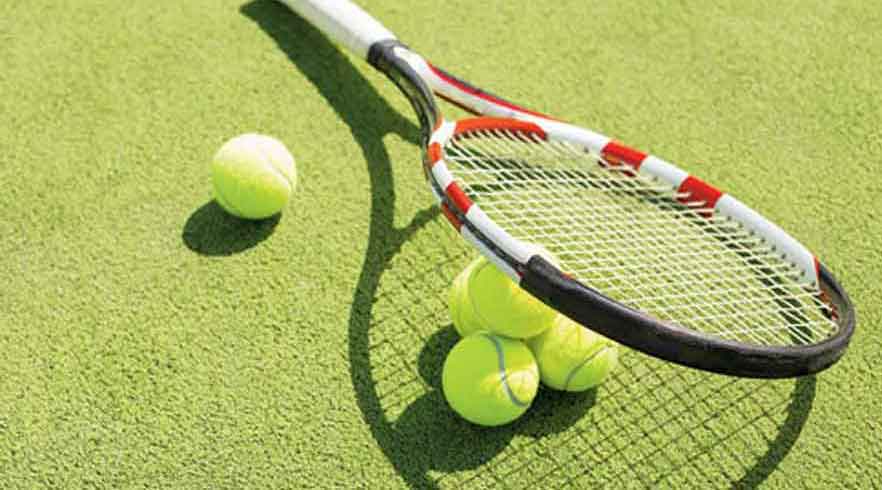 Favourites Russia opened their Davis Cup Finals campaign with a resounding victory over Ecuador, Britain began with a win against France and Italy eased into the quarter finals with a win over Colombia on Saturday.

But 28-time champions Australia are facing almost certain elimination despite beating Hungary 2-1. They finished their Group D campaign with a 2-4 record having lost 0-3 to Croatia in their opening match on Thursday.

Novak Djokovic’s Serbia were beaten 1-2 by Germany in Group F as the world No.1 lost a thrilling doubles decider

Russia beat Ecuador 3-0 in Madrid to move level with holders Spain in Group A. World No.5 Andrey Rublev beat Roberto Quiroz 6-3, 4-6, 6-1 before US Open champion Daniil Medvedev crushed world No. 149 Emilio Gomez 6-0, 6-2. Rublev then teamed up with Aslan Karatsev to beat Gonzalo Escobar and Diego Hidalgo 6-4, 4-6, 6-4.

Italy, who beat the US in their opening Group E tie, won both their singles matches against Colombia in Turin with victories for Lorenzo Sonego and Jannik Sinner.

Djokovic was made to work overtime in Serbia’s clash with Germany in Innsbruck where fans are not permitted. After teammate Filip Krajinovic lost 7-6 (7-4), 6-4 to Dominik Koepfer, Djokovic levelled the tie with a comfortable 6-2, 6-4 win against Jan-Lennard Struff.

Djokovic returned to court to partner Nikola Cacic but Serbia’s hopes of progressing as group winners were dashed as they lost 6-7 (5-7), 6-3, 6-7 (5-7) to Kevin Krawietz and Tim Puetz.

In Madrid, Kazakhstan beat Sweden 2-1 in Group B,  with their doubles pairing of Andrey Golubev and Aleksandr Nedovyesov sealing victory after Swede Elias Ymer and Kazakh Alexander Bublik won their singles rubbers.

Eighteen teams are competing in six round-robin groups across three cities for places in the last eight.