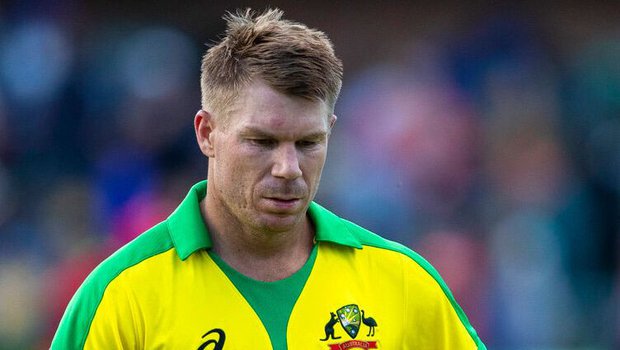 India won their first Test series in Australia the last time they toured Down Under, and David Warner said he was feeling helpless watching his team lose.
(AP)
PTI   |   New Delhi   |   Published 08.05.20, 11:14 PM

Australia opener David Warner says it is unlikely that the T20 World Cup will be staged in his country in October-November because of the Covid-19 pandemic.

All cricketing activity has come to a halt due to the health crisis and there are serious doubts over the T20 World Cup’s future. “The ICC World Cup will not go ahead here by the looks of it. It will be difficult to get everyone (16 teams) together,” Warner said at an Instagram live session with India’s batting star Rohit Sharma.

The International Cricket Council is yet to take the final call on the T20 showpiece event.

During the chat, Rohit said India’s tour of Australia, which is scheduled after the T20 World Cup, will be a “great way” to restart the international calendar.

“I love playing against Australia. When we won last time (in 2019), it was great for us. You guys (Warner and Steve Smith) were missing (due to ball-tampering bans).

“What our bowlers and batters did there was amazing. I am looking forward to the upcoming tour already. Hope both Boards manage to get the series underway,” India’s limited overs vice-captain said.

India won their first Test series in Australia the last time they toured Down Under, and Warner said he was feeling helpless watching his team lose.

“Watching that series was hard but I want to say that India have the best pace attack against left-handers. They zero in on one spot and keep bowling there. Mentally, it was great for Indian cricket but it was hard to watch. I felt helpless. Hope it does happen and looking forward to the battle,” said Warner.