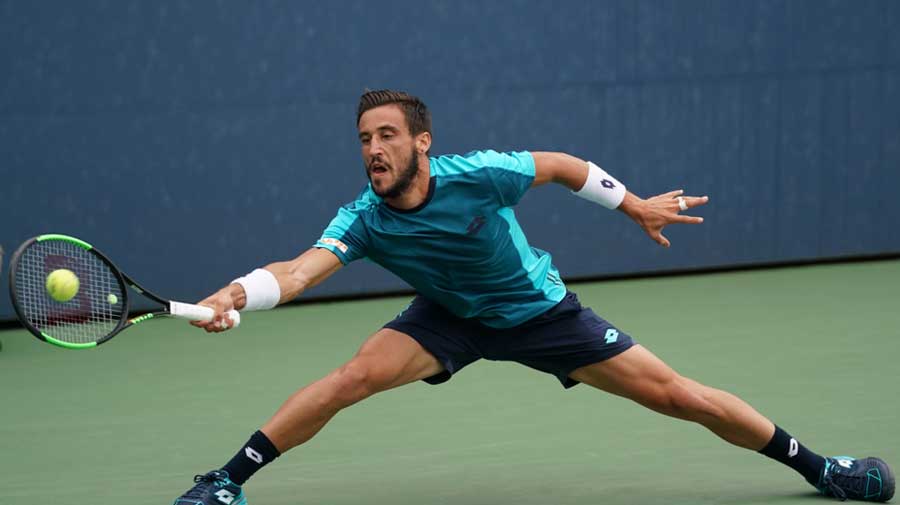 Bosnian player Damir Dzumhur is planning to take the French Tennis Federation to court after he was ejected from the French Open’s qualifying event because his coach tested positive for Covid-19.

According to a report in L’Equipe, Dzumhur is frustrated because his coach, Petar Popovic, contracted Covid-19 in the summer and he believes he is still showing the remains of antibodies. On his return to Serbia, Popovic was tested again and came up negative.

“It’s a scandal and a huge frustration,” Dzumhur said. “I’m sure we’ll win in court, but it hurts a lot.”

The news comes on top of a rocky start to the French Open, which starts in earnest on Sunday. Six players have already been withdrawn from this week’s qualifying because of positive Covid-19 tests.

Behind the scenes, players and coaches have reported a less sophisticated operation than the one run by the United States Tennis Association in New York this month. “Organisation-wise, it is not at the same level,” said the American player Noah Rubin on his Behind the Racquet podcast.

There are also informal reports of the French federation taking a high-handed approach to those who object to the way the qualifying event has been run. According to one source: “Their general attitude is that they are doing the players a favour by staging the event at all.”

In his podcast, Rubin highlighted his concerns about the lack of an immediate quarantine for those arriving at Roland Garros. “You didn’t get a test as soon as you walked into the bubble,” he said. “Players showed up on Wednesday, actually hit on site that day, went out to dinner in Paris, then got a test on Thursday. That just doesn’t make that much sense to me.”

Rubin also said that he had not played a warm-up tournament to arrive in good time. “We know how long it takes for Covid to get into someone’s system or to test positive. For some players to come maybe less than 48 hours before their first match, you’re rolling the dice.”

The US Open created ill-feeling among a group of players — the so-called “Paire 11” — who were confined to their rooms in New York after spending time with the French player Benoit Paire, who then tested positive. Those worst affected were probably Kristina Mladenovic and her partner Timea Babos —  the top seeds in the women’s doubles —  who were ordered to remain in their hotel in Long Island by public health officials, and thus had to concede their second-round match without taking to the court.