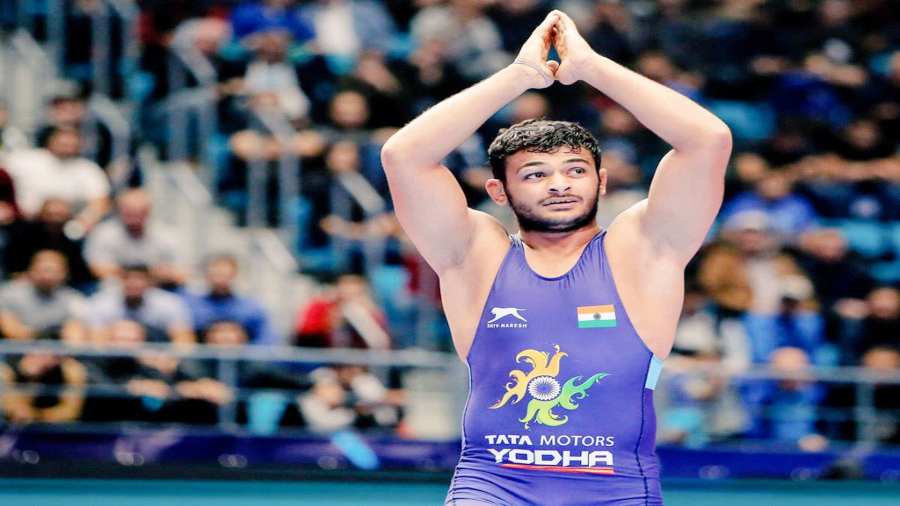 Star Indian shuttlers P V Sindhu and Kidambi Srikanth had another easy outing as they stormed into the quarterfinals of the women's and men's singles events respectively with comfortable wins at the Commonwealth Games here on Friday.

Sindhu, a silver medallist at the 2018 edition, expectedly faced no resistance from Uganda's Husina Kobugabe, winning 21-10 21-9 in her pre-quarterfinal match.

Srikanth, who had also finished second best at Gold Coast, too didn't break any sweat on his way to a 21-9 21-12 win over Sri Lanka's Dumindu Abeywickrama in the men's singles.Earlier, Indian women's pairing of Gayatri Gopichand and Treesa Jolly had entered the last eight with a 21-2 21-4 win over Mauritius' Jemimah Leung For Sang and Ganesha Mungrah.

Double Olympic medallist Sindhu will face Malaysia's Goh Jin Wei in the next round for a place in the semifinals.

Sindhu had defeated Goh in two tight games in the final of the mixed team final and can ill-afford to lower her guard against the 22-year-old Malaysian, a winner of the World Junior Championships gold in 2015 and 2018.Former world number one Srikanth will be up against England's Toby Penty, who is ranked 54th in the world.Gayatri and Treesa will meet Jamaica's Tahlia Richardson and Katherine Wynter next.