We are playing a good brand of cricket at the moment and there’s a nice confidence going through the change room, says former captain-turned mentor ahead of India series 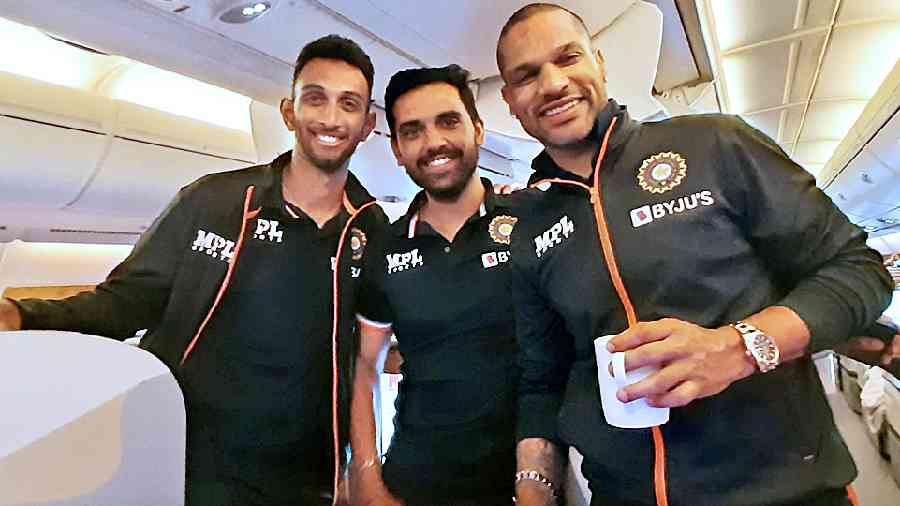 Over the years, Zimbabwe have often been India’s nemesis, be it Test cricket or ODIs. India have lost to Zimbabwe on 10 occasions in the 50-over format besides two Test matches, including a series loss in 1998.

But then they lost their golden generation of cricketers. Now, having gone through a slump, they are fighting to bounce back under their former captain Dave Houghton as coach.

Zimbabwe recently defeated Bangladesh in the ODIs and T20Is at home and are hoping for an encore against a second-string India, who will be led by KL Rahul and coached by VVS Laxman.

“I hope to pull off a few upsets. We are playing a good brand of cricket at the moment and there’s a nice confidence going through the change room. We performed creditably in the T20 World Cup qualifiers first and then against Bangladesh,” Houghton told The Telegraph.

“We understand we will be playing against a very, very strong Indian side. India are so strong at the moment that they could probably pick four different teams and all will be as strong as the other. But I am hopeful if we continue to play the brand of cricket we played, we can compete and even pull off victories.

VVS Laxman, head coach for the Zimbabwe tour, on the flight to Harare via Johannesburg.
Twitter

“I would like us to win the series, not just compete in every match. I know not many are giving us a chance but the same happened against Bangladesh,” he said.

Houghton, who led Zimbabwe in their inaugural Test match, against India, and scored a hundred on debut, has been fascinated by KL Rahul’s “fantastic batting” and “can’t wait to see him in real life.”

“Cricket in India has taken a leap forward with the IPL. The skills of the players have improved in all aspects... A very skilful and good side to play against. As much as we want to compete, there will be a fair opportunity to learn from these games. Just as we did in the old days, learning from Ravi Shastri, Mohammed Azharuddin, Kapil Dev and Sachin Tendulkar,” the coach said.

Zimbabwe will be without seamer Tendai Chatara, who has been sidelined with a collarbone fracture and pacer Blessing Muzarabani, who was part of the Lucknow Super Giants squad in the IPL, with a quadricep strain.

The three-match series in Harare, to be telecast live on Sony Network, will be a preparation for their T20 World Cup campaign. “We’ve got a group with the West Indies, Ireland and Scotland in the first round. We need to finish in the top-two to make the main draw. We are as good as any of the sides in our group and we hope to win at least two and possibly all three matches.

“I don’t know which of the groups we will be in the next round, but I am sure we can cause enough of a stir in the 20-over format. Moreover, we will get a number of injured players back for the tournament,” Houghton said.

He, however, is aware of the areas that need immediate attention.

“The top order batting is a huge area for us... How can we impose ourselves on the opposition bowlers and what per cent goes on to make match-winning contributions... The runs we have been getting against Bangladesh have been coming from numbers 5 and 6. It will be nice to have a top-order which can carry themselves on and get a big hundred or so,” he said.